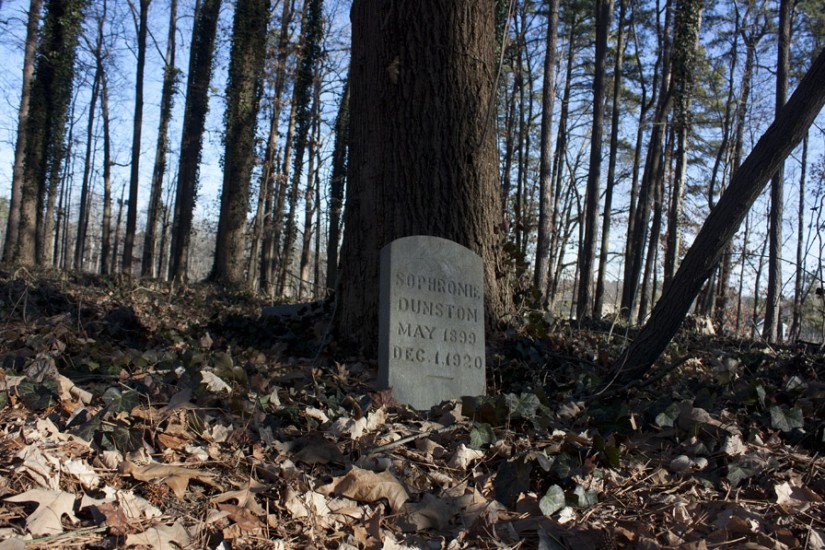 As we spend hundreds and thousands of hours and dollars worrying about abstract Confederate monuments and the legacies of wealthy white elites, nary a nickel goes toward maintaining the graves of actual people who built our society. As important as those white families were, it was other people who did the digging, laid the bricks, raised the crops, and cared for their children. It was black people. And today, we allow a forest to silently swallow the bones and headstones of those who have truly been erased from history.

Established in 1877, the African American Geer Cemetery predates many of our region’s historical markers. The people buried there include Margaret Ruffin Faucette and Edian Markham—the founders of Durham’s White Rock Baptist Church and Saint Joseph’s AME Church—and Reverend Augustus Shepard, the father of the founder of North Carolina Central University. Most of the folks in the cemetery were just everyday people. Many were at one point enslaved or employed by the elite white families or universities whose pasts we so readily celebrate. Those black people, ranging in age from less than a day to over a hundred years, lie interned in the northeast corner of Duke Park. They were workers and worshipers; dreamers and builders; and mothers and fathers and sons and daughters. They were people who lived diverse, complex lives in this place. They were black people whose legacies and memories our society should value. They were black lives that mattered.

As we continue to wrestle with the legacies and politics of those we are expected to honor, perhaps we should move a step beyond focusing on the segregationists to more fully recognize the black men and women whose lives and labors laid the foundations of our society. It was in 1900—119 years ago—that the Durham Sun first noted that the black graves in the Geer Cemetery had gone ignored. That neglect is a fact of our past, but it does not have to remain part of how we commemorate our history. Small groups have been working to save and preserve the Geer Cemetery. They need more resources and help. And the city of Durham should take the appropriate actions to ensure that the final resting place of the black men, women, and children interred in the Geer Cemetery receives the same care and respect we give to the graves of white people.