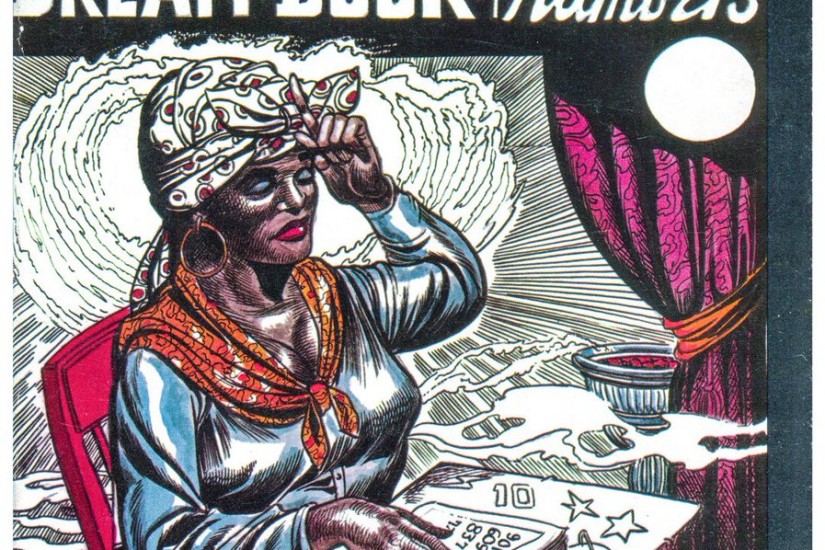 Front cover of “Old Aunt Dinah’s Dream Book of Numbers.”
In the early 1920s, Casper Holstein, a black man from the Danish West Indies who worked as a porter for a Fifth Avenue store, liked to study the “Clearing House” totals published in a year’s worth of newspapers he’d saved. The Clearing House was an operation that managed the exchanges of money among New York City banks on a daily basis. It occurred to Holstein that the numbers printed were different every day.

Until then, lottery games existed, but the winning numbers were often chosen in unreliable ways that could produce rigged results. According to the 2010 book “Playing the Numbers,” Holstein came up with an ingenious solution. Using the Clearing House totals to produce a random combination between 000 and 999, he came up with a daily three-digit winning number for a new kind of lottery game. His invention became known simply as the numbers.

It was an immediate hit and quickly created a sprawling underground economy that moved through Harlem and other black communities in the U.S. For 60 years, the numbers reigned supreme as New York City’s pre-eminent daily lottery game — until 1980, when the state decided it wanted in.

In Detroit, my own mother, Fannie Davis, ran a numbers business for 34 years. That business provided us, her children, with a solid middle-class life, including a spacious family home, beautiful clothes and college educations — and, thanks to our inheritance, generational wealth. While the numbers were illegal, and therefore had to be kept a secret, I knew about another girl with a parent who ran numbers: Her name was Francie and she lived in Harlem, and she was real to me, even though she was in fact a character in a book.
When I was 10, my mom gave me a copy of Louise Meriwether’s novel “Daddy Was A Number Runner,” a fictionalized account of the author’s life in 1930s Harlem, where the numbers helped sustain black folks through the Great Depression, when lucky players could turn a hard-earned nickel into $30. The book, published in 1970, has a foreword by James Baldwin, who wrote, “the metaphor for this growing apprehension of the iron and insurmountable rigors of one’s life are here conveyed by that game known in Harlem as the numbers, the game which contains the possibility of making a ‘hit’ — the American dream in black-face, Horatio Alger revealed, the American success story with the price tag showing!”
…
View on New York Times
View Connections