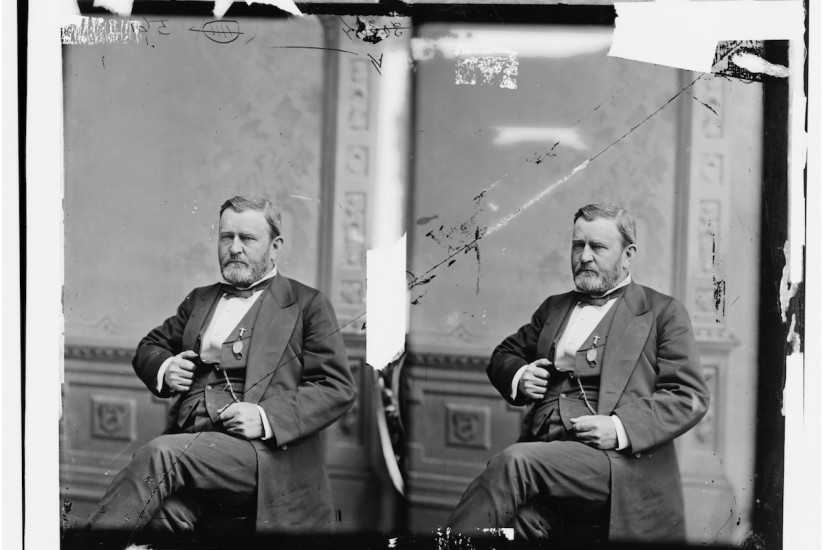 On this day 150 years ago, Ulysses S. Grant gave his first inaugural address — a short, plain-spoken statement of intent. Abraham Lincoln’s prized general, and a national hero in his own right, he promised to bring his singular determination to the presidency. “The responsibilities of the position I feel, but accept them without fear,” Grant said. “The office has come to me unsought; I commence its duties untrammeled. I bring to it a conscious desire and determination to fill it to the best of my ability to the satisfaction of the people.”

Grant’s inauguration felt like the beginning of a new era of reform and revitalization. For nearly four years, Americans had suffered through the tumultuous presidency of Andrew Johnson, who drove the nation to political crisis with his virulent racism, erratic behavior and leniency toward the defeated secessionists.

Grant, by contrast, backed the rights and privileges of freed black Americans. He supported the 15th Amendment to the Constitution (ratified in 1870) extending voting rights to black men and deployed federal troops against vigilante groups like the Ku Klux Klan (whose first grand wizard, Nathan Bedford Forrest, was a former battlefield foe).

But the laudable commitment from Grant and the Republican Congress to the political rights of the former slaves was fatally undermined by their indifference to the vast social and economic inequality of the postwar South. Unable to see past an ideology of “free labor” and “free soil,” they also couldn’t grasp how slavery and racial stigma gave black Americans a fundamentally different relationship to economic life. The result was actions that ultimately sowed seeds for new relationships of race hierarchy in the South and the nation at large.

Johnson, a Tennessee Unionist and ardent proponent of white supremacy, had hoped to restore a version of the antebellum status quo, with white planters taking the reins of black labor with as little federal intervention as possible. He quickly brought secessionist states back into the Union and gave ex-Confederates a free hand in directing the South, which they used to impose slavery-like conditions on the formerly enslaved. He vetoed civil rights bills and condoned racist violence against black Americans seeking equal political rights.

His disregard for the sacrifices of the war put him in fierce conflict with the Radical Republicans in Congress. Eventually, the House impeached him, and while he wasn’t removed from office — the Senate fell one vote short — Republicans had neutered him as a political force. Democrats declined to nominate him for re-election, and an openly contemptuous Grant refused to ride with him to the inauguration. He left Washington in disgrace.

Grant’s election both defused the ideological crisis of the Johnson era and weakened the radical movement within the Republican Party, which derived much of its influence from its conflict with the former president.