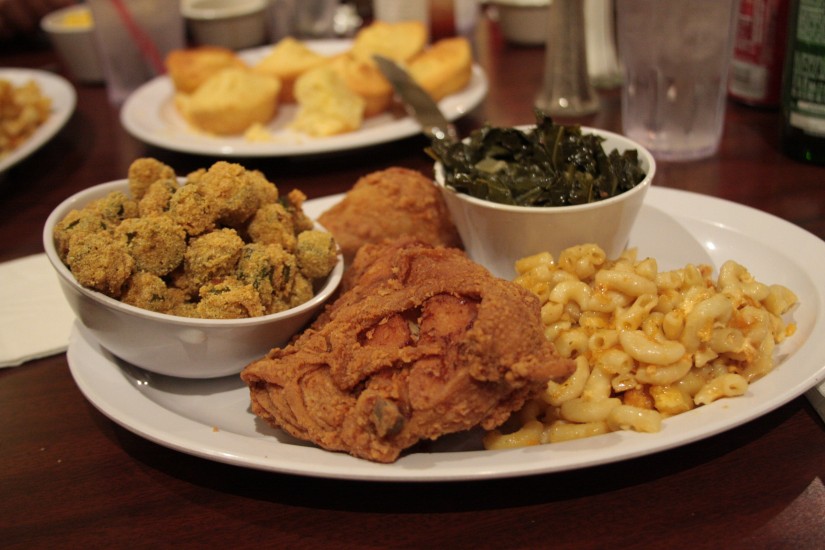 The South is more than a locus for food-system problems and a battleground for policy arguments. Throughout its history, the region has incubated bold American solutions to hunger and food access. Radical Southerners, especially black women, who long provided the expertise and labor on farms and in kitchens, have challenged American agricultural practices and driven our changing relationship to food.

Fannie Lou Hamer, a woman of great emotional and intellectual ferocity, made her name as a voting rights activist. In June 1963 in a jail in Winona, Miss., a highway patrol officer ordered two of her fellow prisoners to beat her with blackjacks before joining in himself and nearly blinding her. Mrs. Hamer rose to national prominence as the leader of the Mississippi Freedom Democratic Party, which attempted to unseat the segregationist Mississippi delegation at the 1964 Democratic National Convention.

After recounting that beating in testimony before the credentials committee, she declared: “If the Freedom Democratic Party is not seated now, I question America. Is this America, the land of the free and the home of the brave, where we have to sleep with our telephones off the hooks because our lives be threatened daily, because we want to live as decent human beings, in America?”

In the late 1960s, as the civil rights movement shifted to address economic injustice, Ms. Hamer conceived agricultural solutions to the plight of her fellow Americans, including a communal farm and livestock share program in Sunflower County in the Mississippi Delta. That work set the stage for the progressive agricultural policies and practices of today, with their focus on food sovereignty and their reliance on community farms.