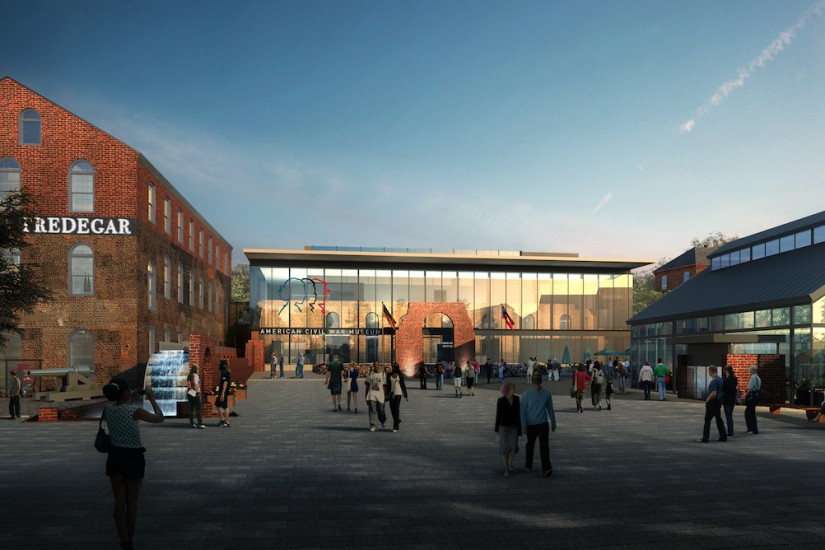 The first things you see when you walk into the museum are huge, colorized photos of key figures — Frederick Douglass, Harriet Tubman and Jefferson Davis. Similar historic photos, all colorized, decorate the walls and displays. This might seem like a minor touch, but there’s something about seeing actual skin tones and eye colors — the small details of uniforms or civilian dress — that helps you see these historical actors as actual individuals who experienced the world not unlike yourself.

The same is true of the objects and artifacts, from firearms and military equipment to dolls and handmade utensils, which help ground the period in a material world. Knowledge of Confederate prison camps, for example, is greatly enhanced when you can take a close look at something like the objects imprisoned soldiers made to trade for food and clothing. Similarly, galleries devoted to individual battles and campaigns emphasize the chaos and confusion of the war, and the extent to which, in the moment, no one know how it would unfold.

The museum pays great attention to detail and even minutiae, but it isn’t myopic. From beginning to end, the war is framed as a defining conflict for American democracy, a struggle for freedom whose outcome had world-historical implications. And to emphasize this point, the galleries do not end with surrender and reconciliation; they end with Reconstruction and its aftermath. Visitors are confronted with two images and artifacts: a painting of the first elected black members of Congress; a painting of Robert E. Lee and Stonewall Jackson, signifying Lost Cause nostalgia; and a set of well-preserved robes that belonged to a member of the Ku Klux Klan.

Toward the end of our conversation, Coleman returned to the contrast between memory, which can flatter our recollections of ourselves, and history, which is “always challenging.”

For many Americans, the kinds of stories told in this museum will challenge their preconceptions. There are just too many myths about the Civil War — too much unreflective memory — for that not to be the case. With that fact in mind, Coleman hopes the museum can dispel those myths, bring clarity to the memories and allow the people who experienced the war to speak for themselves. “If we had let them do that from the beginning,” she said, “we might not be dealing with some of the messes we’re dealing with now.”