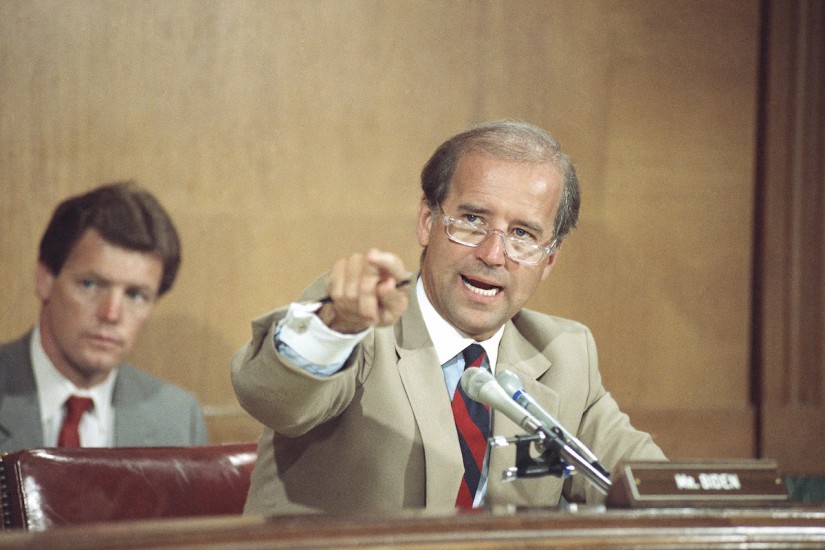 Mr. Biden apologized in January for portions of his anti-crime legislation, but he has largely tried to play down his involvement, saying in April that he “got stuck with” shepherding the bills because he was chairman of the Senate Judiciary Committee. But an examination of his record — based on newly obtained documents and interviews with nearly two dozen longtime Biden contemporaries in Washington and Delaware — indicates that Mr. Biden’s current characterization of his role is in many ways at odds with his own actions and rhetoric.

Mr. Biden arrived in the Senate in 1973 having forged close ties with black constituents but also with law enforcement, and bearing the grievances of the largely white electorate in Delaware. He courted one Southern segregationist senator, James O. Eastland of Mississippi, who helped him land spots on the committee and subcommittees dealing with criminal justice and prisons, and became a close friend and legislative partner of another, Strom Thurmond of South Carolina.

While Mr. Biden has said in recent days that he and Mr. Eastland “didn’t agree on much of anything,” it is clear that on a number of important criminal justice issues, they did. As early as 1977, Mr. Biden, with Mr. Eastland’s support, pushed for mandatory minimum sentences that would limit judges’ discretion in sentencing. But perhaps even more consequential was Mr. Biden’s relationship with Mr. Thurmond, his Republican counterpart on the judiciary panel, who became his co-author on a string of bills that effectively rewrote the nation’s criminal justice laws with an eye toward putting more criminals behind bars.


In 1989, with the violent crime rate continuing to rise as it had since the 1970s, Mr. Biden lamented that the Republican president, George H. W. Bush, was not doing enough to put “violent thugs” in prison. In 1993, he warned of “predators on our streets.” And in a 1994 Senate floor speech, he likened himself to another Republican president: “Every time Richard Nixon, when he was running in 1972, would say, ‘Law and order,’ the Democratic match or response was, ‘Law and order with justice’ — whatever that meant. And I would say, ‘Lock the S.O.B.s up.’”

At a time when Democrats tended to espouse the “root cause” theory of crime — the idea that poverty and other social ills bred criminal activity — and Republicans thought punishment was the answer, Mr. Biden wanted to “abandon the old debate,” as he told The Philadelphia Inquirer in June 1994. But he often seemed to tilt strongly toward the Republican view.
…
View on New York Times
View Connections