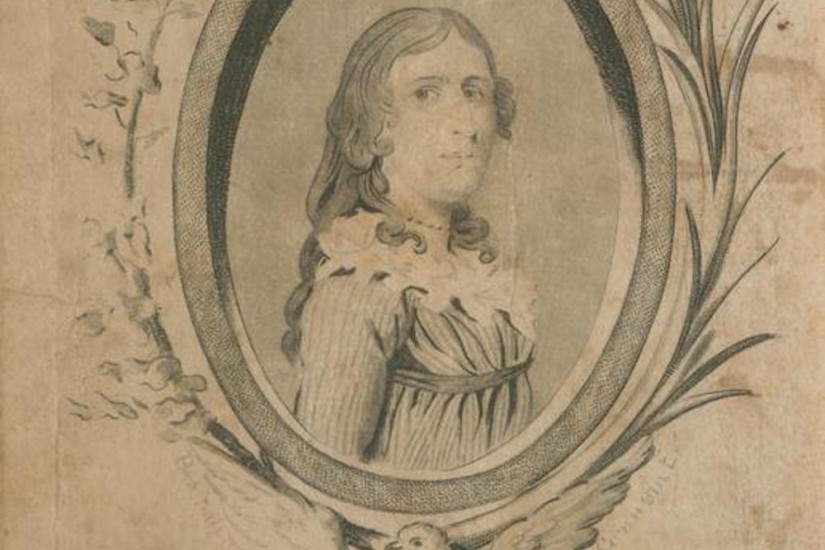 A bust-length portrait of Deborah Sampson, who served as a soldier in the Continental Army (1797).
Digital Public Library of America

Hers has always been one of the more astonishing, if little-known, tales of the American Revolution: a woman who stitched herself a uniform, posed as a man and served at least 17 months in an elite unit of the Continental Army. Wounded at least twice, Deborah Sampson carried a musket ball inside her till the day she died in 1827.

While historians agree that Sampson served in uniform and spilled blood for her country, gaps in the account have long led some to wonder whether her tale had been romanticized and embellished — possibly even by her.

Did she fight in the decisive Battle of Yorktown, as she later insisted on multiple occasions? And how did she keep her secret for the many months she served in Washington’s light infantry?

Now, scholars say the discovery of a long-forgotten diary, recorded more than 200 years ago by a Massachusetts neighbor of Sampson, is addressing some of the questions and sharpening our understanding of one of the few women to take on a combat role during the Revolution.

“Deb Sampson, her story is mostly lost to history,’’ said Dr. Philip Mead, the chief historian and director of curatorial affairs of the Museum of the American Revolution in Philadelphia. “So, finding a little piece of it is even more important than finding another piece of George Washington’s history.”

The museum bought the diary for an undisclosed sum after Dr. Mead spotted it at a New Hampshire antiques show last summer. He plans to showcase it next year with other items about the role American women played in the Revolution, as part of a larger celebration of the 100th anniversary of the 19th Amendment.

The skeletal facts of Sampson’s military service have long been known. After at least one failed attempt to enlist, she ultimately succeeded in joining and fighting with a Massachusetts company that saw action in the Hudson Valley. Her secret went undiscovered until 1783, when, just months before the war’s end, she fell sick in Philadelphia and was found out by a doctor. There was no reprimand, just an honorable discharge.

Untangling the fuller story has been more complicated.