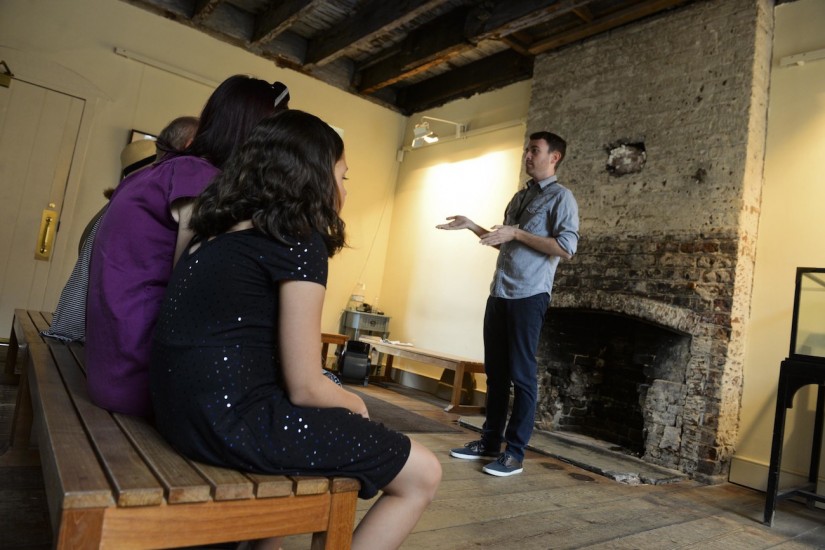 Jason Hewitt, a historical interpreter, leads a tour at the Owens-Thomas House in Savannah, Ga. on August 19, 2018.
Will Peebles/AP Images

A few years ago, people touring the Owens-Thomas House and Slave Quarters in Savannah, Ga., would have heard a lot about George Owens, the lawyer, farmer and Congressional representative who lived in the massive neoclassical home in 1833. And about banker and slave trader Richard Richardson, for whom the house was built in 1816. They might have heard Emma Katin’s name, but not about how the enslaved black woman spent most of her nights sleeping on the wooden floors of the house, so that she could be available at all hours to the infants in the Owens family.

“Those pieces of the story would have been missing because she would have been treated as an accessory to the Owens’ lives,” said Shannon Browning-Mullis, a curator of history and decorative arts for Telfair Museums, which owns the house and has been in charge of rethinking the way its history is told.

In cities including Savannah and Charleston, S.C., where Confederate statues, elegant mansions and plantation weddings are common, tourism has often taken the form of nostalgia for the antebellum South, Southern charm and Southern hospitality. For years, tours of historic homes would focus on their architecture and fine furniture, but not on how the wealth so clearly displayed depended on enslaved labor.

There is a growing consensus among the interpreters who guide people through historic properties that by excluding stories of the enslaved, institutions like historical societies, museums and tour companies have sent the message that power and wealth were not directly connected to slavery, and racism, and erased the stories of the black people who built these cities.

“When we come to see historic houses, often we are coming to see what it looked like to live in the past and a lot of us are sometimes just coming to see a pretty house,” said Lacey Wilson, a historic interpreter for Telfair Museums, to a group of tourists on a recent tour. “What we’re looking at is the political power of the people who lived here. All the beautiful decorative objects throughout the house — the money coming for all these things came primarily from the enslaving of other human beings.”