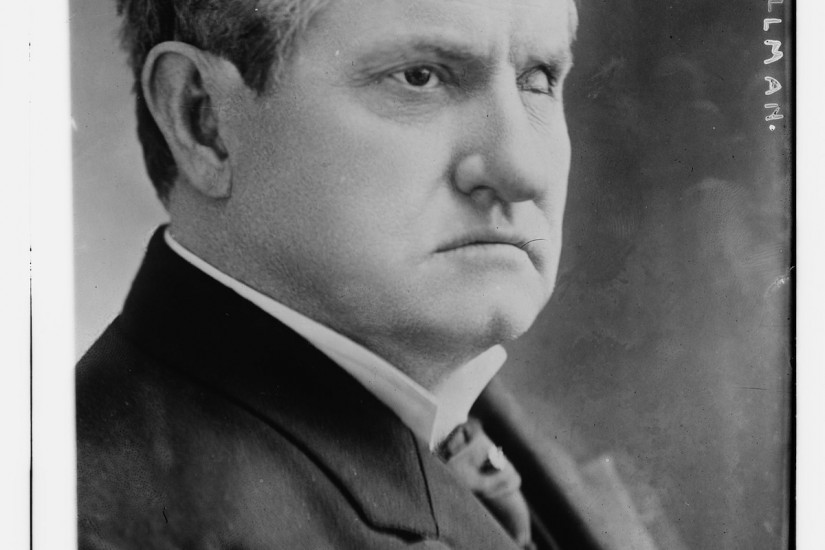 Sen. Ben Tillman, 1909.
Wikimedia
…
But I’m not interested in dwelling on the particulars of the president’s prejudice. What I’m struck by is how Trump is explicitly operating in the old American political tradition of race baiting, which used to go by another name — of denouncing blacks, immigrants and other hated groups to win votes and turn attention from the actual material agendas at work. This type of politics dominated the South from the end of Reconstruction until the civil rights era, electing generations of Southern politicians, including now obscure but once infamous names like Senator James K. Vardaman of Mississippi (in office from 1913 to 1919), Senator Ellison (Cotton Ed) Smith of South Carolina (in office from 1909 to 1944) and Gov. Eugene Talmadge of Georgia (who served 1933 to 1937 and 1941 to 1943). This is not ancient history by any means.

You can find aspects of each man’s career in Trump’s approach to politics — the superficially populist rhetoric of Vardaman, the casual demagoguery of Smith and the corruption of Talmadge — but one figure, for me, stands out in particular: Ben (Pitchfork) Tillman of South Carolina.

Ben Tillman was a son of privilege. His father, a rich planter in the western “upcountry” of South Carolina, owned dozens of slaves and thousands of acres of land. Even after the Civil War and Emancipation destroyed the wealth of the planter class, the Tillman family retained its land and social standing. By the end of the 1870s, the younger Tillman — whose father died before the war and whose mother died roughly 10 years after — was himself part of the state’s landed, agricultural elite.

As part of that elite, Tillman was involved in local Democratic politics, part of a class of men who stood against the state’s Reconstruction government. In 1876, he led a white supremacist vigilante group — called “red-shirts” after their makeshift uniforms — against a garrison of black militiamen in Hamburg, a mostly black town just a few miles from Tillman’s home in Edgefield County. Several black fighters were killed in open conflict, and at least five others were executed as prisoners.