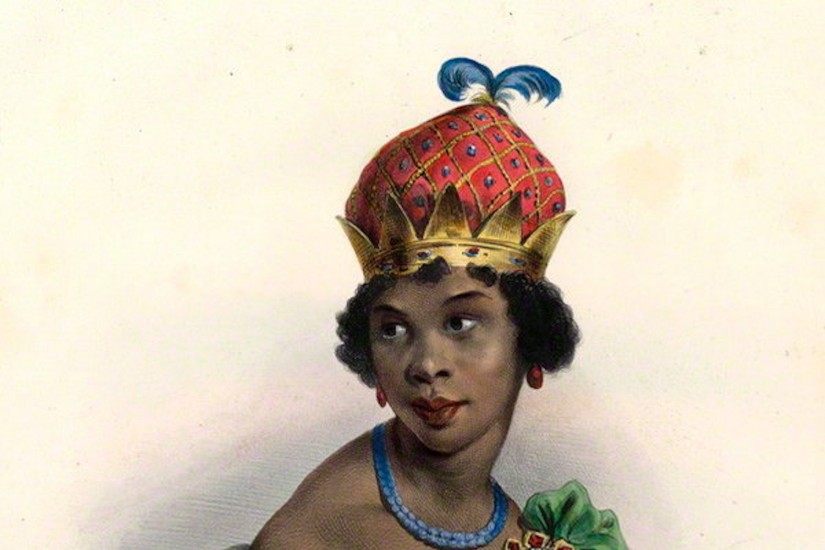 Sometime in 1619, a Portuguese slave ship, the São João Bautista, traveled across the Atlantic Ocean with a hull filled with human cargo: captive Africans from Angola, in southwestern Africa. The men, women and children, most likely from the kingdoms of Ndongo and Kongo, endured the horrific journey, bound for a life of enslavement in Mexico. Almost half the captives had died by the time the ship was seized by two English pirate ships; the remaining Africans were taken to Point Comfort, a port near Jamestown, the capital of the English colony of Virginia, which the Virginia Company of London had established 12 years earlier. The colonist John Rolfe wrote to Sir Edwin Sandys, of the Virginia Company, that in August 1619, a “Dutch man of war” arrived in the colony and “brought not anything but 20 and odd Negroes, which the governor and cape merchant bought for victuals.” The Africans were most likely put to work in the tobacco fields that had recently been established in the area.

Forced labor was not uncommon — Africans and Europeans had been trading goods and people across the Mediterranean for centuries — but enslavement had not been based on race. The trans-Atlantic slave trade, which began as early as the 15th century, introduced a system of slavery that was commercialized, racialized and inherited. Enslaved people were seen not as people at all but as commodities to be bought, sold and exploited. Though people of African descent — free and enslaved — were present in North America as early as the 1500s, the sale of the “20 and odd” African people set the course for what would become slavery in the United States.