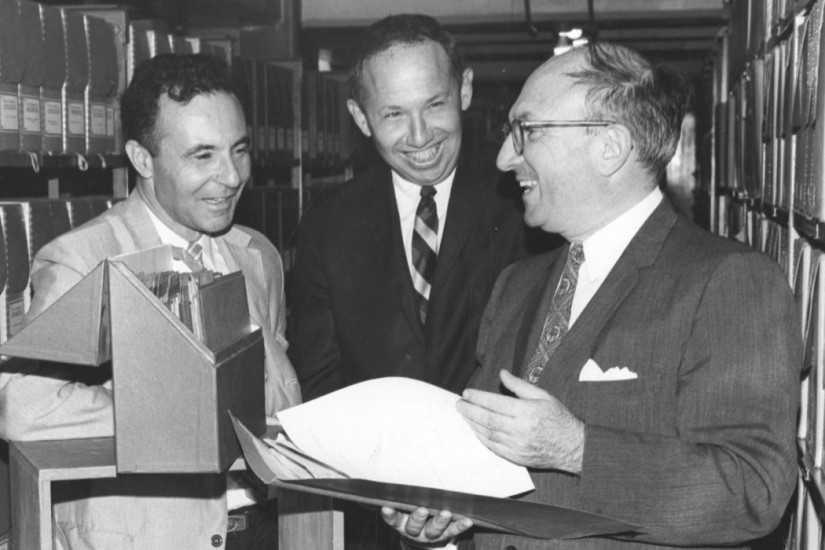 President Ronald Reagan, Treasury Secretary George Shultz, and then-Vice President George H. W. Bush (1985).
Barry Thuma/AP Images
In the early 1950s, a young economist named Paul Volcker worked as a human calculator in an office deep inside the Federal Reserve Bank of New York. He crunched numbers for the people who made decisions, and he told his wife that he saw little chance of ever moving up. The central bank’s leadership included bankers, lawyers and an Iowa hog farmer, but not a single economist. The Fed’s chairman, a former stockbroker named William McChesney Martin, once told a visitor that he kept a small staff of economists in the basement of the Fed’s Washington headquarters. They were in the building, he said, because they asked good questions. They were in the basement because “they don’t know their own limitations.”

Martin’s distaste for economists was widely shared among the midcentury American elite. President Franklin Delano Roosevelt dismissed John Maynard Keynes, the most important economist of his generation, as an impractical “mathematician.” President Eisenhower, in his farewell address, urged Americans to keep technocrats from power. Congress rarely consulted economists; regulatory agencies were led and staffed by lawyers; courts wrote off economic evidence as irrelevant.

But a revolution was coming. As the quarter century of growth that followed World War II sputtered to a close, economists moved into the halls of power, instructing policymakers that growth could be revived by minimizing government’s role in managing the economy. They also warned that a society that sought to limit inequality would pay a price in the form of less growth. In the words of a British acolyte of this new economics, the world needed “more millionaires and more bankrupts.”

In the four decades between 1969 and 2008, economists played a leading role in slashing taxation of the wealthy and in curbing public investment. They supervised the deregulation of major sectors, including transportation and communications. They lionized big business, defending the concentration of corporate power, even as they demonized trade unions and opposed worker protections like minimum wage laws. Economists even persuaded policymakers to assign a dollar value to human life — around $10 million in 2019 — to assess whether regulations were worthwhile.

The revolution, like so many revolutions, went too far. Growth slowed and inequality soared, with devastating consequences. Perhaps the starkest measure of the failure of our economic policies is that the average American’s life expectancy is in decline, as inequalities of wealth have become inequalities of health.
…
View on New York Times
View Connections