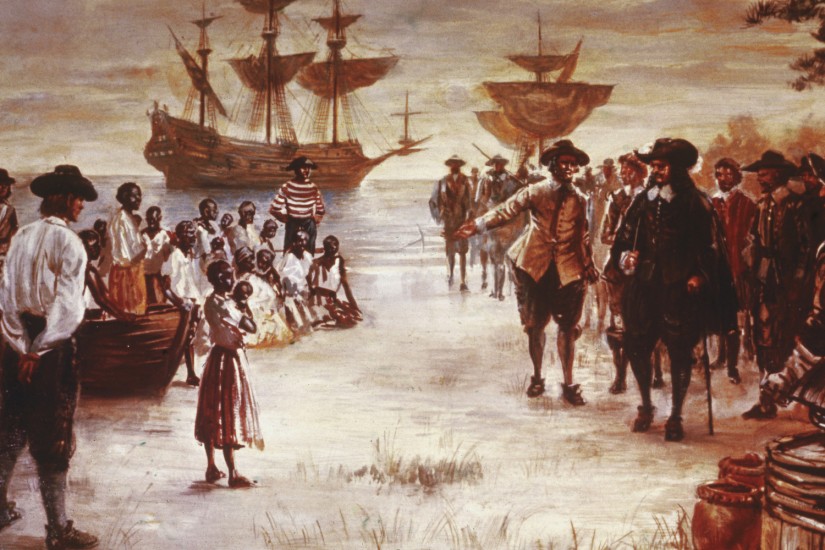 An illustration of Dutch enslavers bringing the first slaves to Jamestown in 1619.
Getty Images

I am just one of many contributors to The New York Times Magazine’s 1619 Project and can’t claim to speak for it. But I have found the reaction to the project — or at least, one specific set of reactions — very revealing and worthy of a little analysis.

The stated aim of the project is to “reframe the country’s history” around the arrival of enslaved Africans to English North America. The argument is not that the United States was actually founded in 1619 but that its culture, economy, politics and social relations are inextricably bound in the race-based chattel slavery that would emerge in Virginia and spread throughout the colonies. Or as Nikole Hannah-Jones, who organized the project, puts it in her introductory essay, “Anti-black racism runs in the very DNA of this country.”

Unsurprisingly, the package has received considerable pushback from conservatives. They’ve made a forceful attack, in particular, on the idea that the founding was bound up in slavery and white supremacy. In The New York Post, Rich Lowry of National Review calls this idea an “odious and reductive lie.” The Federalist says it is “sweeping historical revisionism in the service of contemporary left-wing politics.” Ilya Shapiro, of the Cato Institute’s Robert A. Levy Center for Constitutional Studies, said the 1619 Project was intended to “delegitimize mankind’s greatest experiment in human liberty & self-governance.”

Read in good faith, these arguments reflect an older consensus about the historiography of the early American republic. For those historians, working through the 20th century, slavery was a secondary part of the story of the American Revolution, with only modest influence on the shape and structure of the Constitution. It’s not that they didn’t recognize slavery as an important part of American society, or were unaware of contemporaneous critique of the founding generation (like Samuel Johnson’s famous quip in 1775’s “Taxation No Tyranny” asking, “How is it that we hear the loudest yelps for liberty among the drivers of Negroes?”), but that slavery was a parenthetical in their story of the founding.

There is, however, a competing narrative that puts slavery at the center of constitutional debate and ties white racism to the revolutionary project. I want to talk about two recent entries in this literature: “Slavery’s Constitution: From Revolution to Ratification,” by the historian David Waldstreicher, and “The Common Cause: Creating Race and Nation in the American Revolution,” by the historian Robert G. Parkinson.

The popular narrative of the American Revolution depicts a colonial population united in frustration and anger with Britain. But the history is more complicated — it always is.