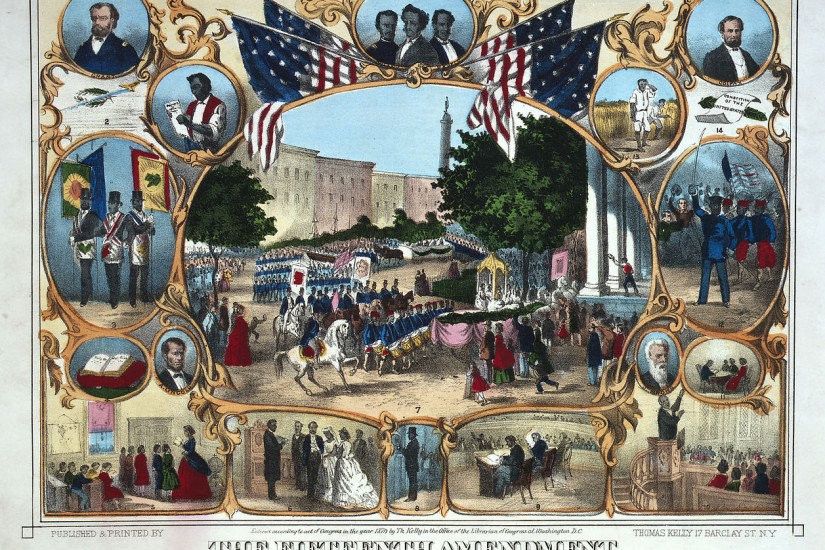 The [Reconstruction] amendments were written in broad, sometimes ambiguous language. A series of interconnected questions about their precise meaning cried out for resolution. Did the 13th prohibit only chattel bondage or extend to other elements of slavery, including racial inequality? Did the 14th shield Americans against violations of their rights only by state laws and officials (the so-called state action doctrine), or also against the acts of private individuals? Did the 15th prohibit laws that, even if race-neutral on their face, were clearly intended to limit black men’s right to vote?

The task of definition fell to the Supreme Court. And in a series of decisions familiar today only to specialists (with the exception of Plessy) — the Slaughter-House Cases, Cruikshank, Hall v. DeCuir, the Civil Rights Cases, Plessy v. Ferguson, Giles v. Harris — the court drastically restricted the scope of the second founding. As time went on, outright racism became increasingly evident in the court’s decisions. The process was gradual and never total, but the fate of the three amendments offers an object lesson in what can happen to constitutional rights at the hands of an unsympathetic, conservative Supreme Court.

The 13th Amendment quickly fell into disuse. The court assumed that its purpose was fulfilled when chattel slavery vanished and rejected claims that various forms of racial inequality that persisted amounted to “badges of slavery” against which Congress could legislate. The justices reduced the “privileges or immunities” guaranteed to American citizens in the 14th to virtual insignificance, insisting that most rights still derived from state, not national, citizenship. The court elevated state action into a shibboleth, severely restricting federal protection of rights against the assaults of violent individuals and mobs. It refused to intervene as the South’s black men lost the right to vote. The justices mainly used the 14th Amendment as a vehicle to protect the “liberty” of corporations, not that of the former slaves, striking down state laws regulating economic activity on the grounds that they violated the rights of “corporate personhood.” Only John Marshall Harlan, black Americans’ most steadfast friend in the federal judiciary during this period, consistently dissented from what he called the court’s “entirely too narrow and artificial” reading of the three amendments.

In the face of these decisions, those who sought to keep alive the egalitarian promise of Reconstruction advanced a counterinterpretation of the amended Constitution.