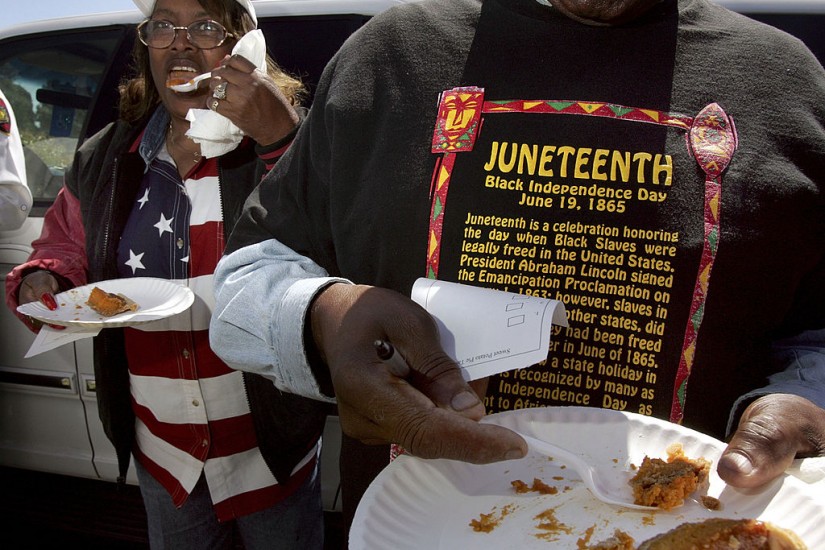 Spurred by a revival of pride in African-American traditions long denied or suppressed, Juneteenth has gained official recognition — although not necessarily full legal holiday status — in a number of states, starting, appropriately, with Texas, which made Juneteenth a paid holiday for state employees in 1980.

Still, 150 years after its birth, Juneteenth remains largely unacknowledged on America’s national calendar. Many Americans are unaware of its existence, or its roots. Sadly, that ignorance of Juneteenth reflects a deeper issue: the continued existence of two histories, black and white, separate and unequal.

Frederick Douglass voiced that fundamental divide in a memorable speech on July 4, 1852. “The rich inheritance of justice, liberty, prosperity and independence, bequeathed by your fathers, is shared by you, not by me,” he said. “This Fourth [of] July is yours, not mine.”

Juneteenth is the flip side of the Independence Day coin. One hundred and fifty years after General Granger told the enslaved people of Texas they were free, Juneteenth is viewed by many of those who are aware of it as an “African-American holiday.”

That perception unfairly diminishes the fundamental significance of Juneteenth. The day should be recognized for what it is: a shared point of pride in the symbolic end of centuries of racial slavery — a crime against humanity and the great stain on America’s soul. As meaningful as Independence Day itself, Juneteenth completes the circle, reaffirming “life, liberty and the pursuit of happiness” as the rights of all, not a select few.