If the video does not load or is not working, it may be a problem with the video service, or you may need to turn off an ad blocking browser extension.

What does “freedom” mean to those outside the halls of power — and what did it mean during the era of the American Revolution? Host Ed Ayers visits sites in Boston and Philadelphia to put that question to curators, museum educators, a playwright, and a tribal preservation officer. He learns about the ways in which women, Native Americans, and African Americans made the words of the Revolution come true in their own lives. He discovers that some of the most inspiring stories of the Revolution spring from people who remained on its margins.

View on Future Of America's Past
View Connections
Return to resource 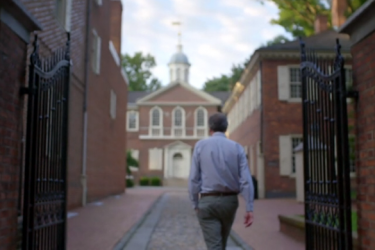 Ed Ayers visits public historians in Boston and Philadelphia and explores what “freedom” meant to those outside the halls of power in the Revolutionary era.
via Future Of America's Past on March 16, 2020