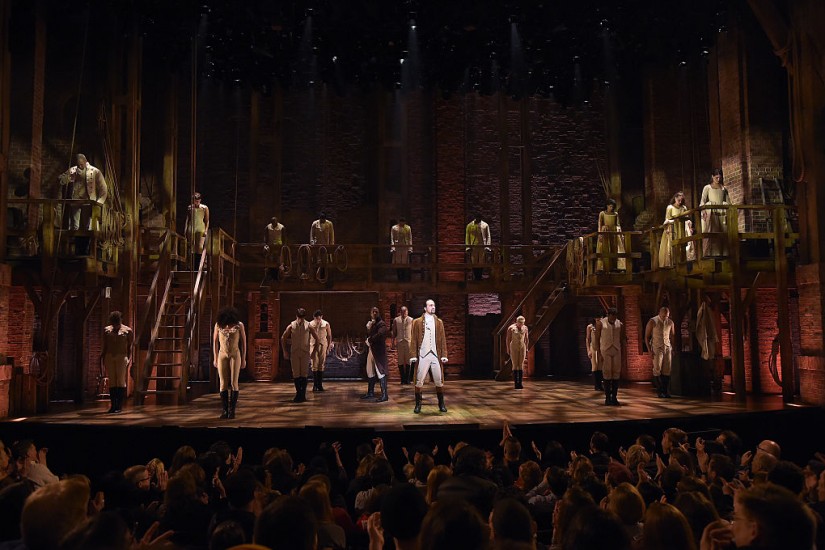 Toward the end of the first act of the Broadway smash hit “Hamilton,” opening the Los Angeles leg of its national tour on Friday, Aug. 11, the British Army surrenders at Yorktown. Narrating this transformative moment in the American Revolution, the musical’s title character observes that “as our fallen foes retreat, I hear the drinking song they’re singing.”

The musical’s company then sings, “The World Turned Upside Down.” Though the words echo those of a song supposedly played by the retreating British forces at the real Battle of Yorktown, the tune was newly composed by the musical’s creator, Lin-Manuel Miranda.

“It’s sprightly and lively and fun to sing with a pint in your hand, but didn’t serve me musically,” Mr. Miranda says of the original song in the book “Hamilton: The Revolution.” “So I wrote my own melody for it. But God, what a great sentiment for the end of the war and the birth of this moment.”

That Mr. Miranda turned away from the sounds of Colonial America is not surprising. Musicals that dramatize early American history — whether Sherman Edwards and Peter Stone’s Tony Award-winning “1776,” or Leonard Bernstein and Alan Jay Lerner’s infamous flop “1600 Pennsylvania Avenue” — have rarely delved deeply into the music of the period in which they are set.