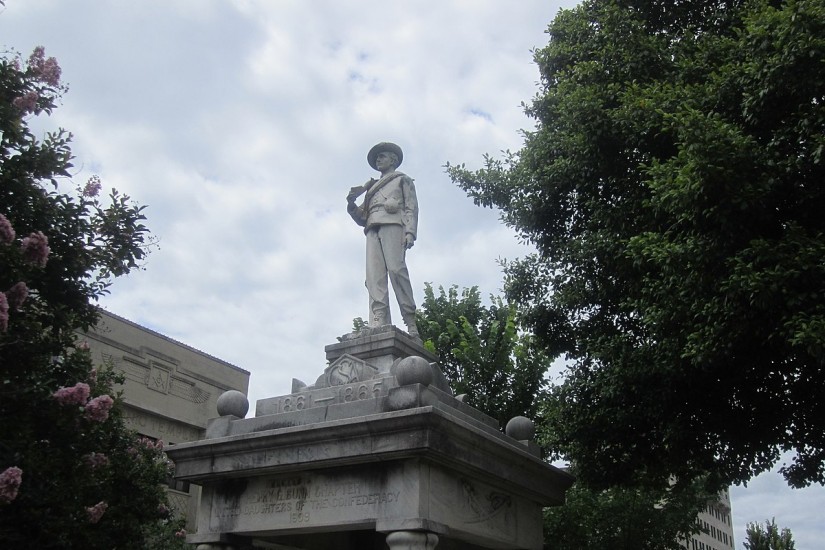 President Trump’s Thursday morning tweet lamenting that the removal of Confederate statues tears apart “the history and culture of our great country” raises numerous questions, among them: Who is encompassed in that “our”?

Mr. Trump may not know it, but he has entered a debate that goes back to the founding of the republic. Should American nationality be based on shared values, regardless of race, ethnicity and national origin, or should it rest on “blood and soil,” to quote the neo-Nazis in Charlottesville, Va., whom Trump has at least partly embraced?

Neither Mr. Trump nor the Charlottesville marchers invented the idea that the United States is essentially a country for white persons. The very first naturalization law, enacted in 1790 to establish guidelines for how immigrants could become American citizens, limited the process to “white” persons.

What about nonwhites born in this country? Before the Civil War, citizenship was largely defined by individual states. Some recognized blacks born within their boundaries as citizens, but many did not. As far as national law was concerned, the question was resolved by the Supreme Court in the infamous Dred Scott decision of 1857. Blacks, wrote Chief Justice Roger B. Taney (a statue of whom was removed from public display in Baltimore this week), were and would always be aliens in America.