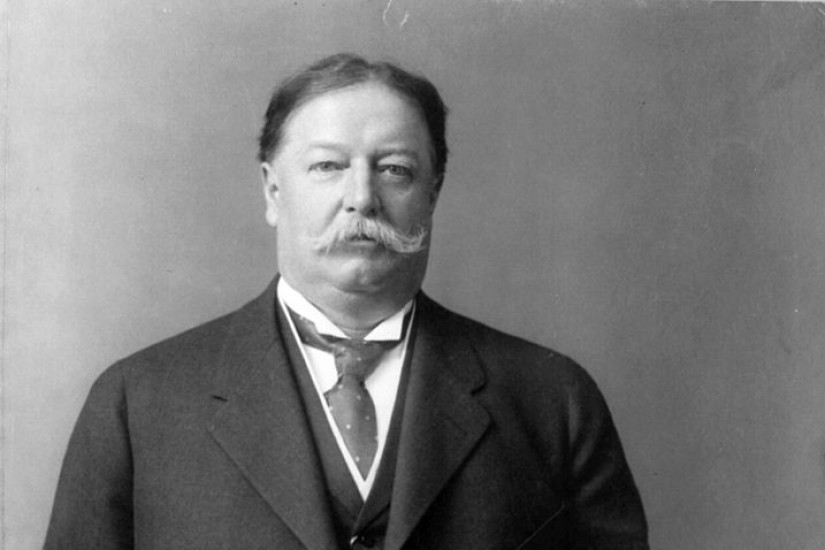 President William Howard Taft. Weighing in at more than 350 pounds, he was once rumored to have gotten stuck in a White House bathtub.
Wikimedia Commons

It took six of the strongest men on White House grounds, the story goes, to wrest William Howard Taft’s substantial body out of the bathtub. Taft was born on this day in 1857, and that humiliating story is often the only thing people remember him for — a real shame, considering his unique position in American political history. As the 27th president and the 10th chief justice of the United States, Taft is the only person to have served in the highest office of both the executive and judicial branches.

But there’s a much bigger problem with the bathtub story: It’s not true — and yet we seem to be totally fine, if not downright overjoyed, repeating it.

Perhaps no one in recent years has revitalized the story more than the children’s book author Mac Barnett. In “President Taft is Stuck in the Bath,” Taft isn’t just overweight, but morbidly obese, red-faced and stark naked, with ample rolls of flesh protruding from every imaginable location on his unwieldy body, overflowing out of a comparatively small bathtub. The secretary of agriculture, summoned to advise the quadruple-chinned president, suggests they grease up everything up with butter. It’s deeply uncomfortable to look at, no less imagine giving to a small child, along with an implicit lesson: It’s okay to laugh at fat people.

Mr. Barnett said “there’s no proof this actually happened” in an interview, but used far less precise language in a note at the end of the book, writing, “Of course, many people say Taft never got stuck in the bath.” I broke the news to one young reader, a boy in Chicago who considers himself a presidential expert, and he was shocked to learn that books could be so misleading — and mean.