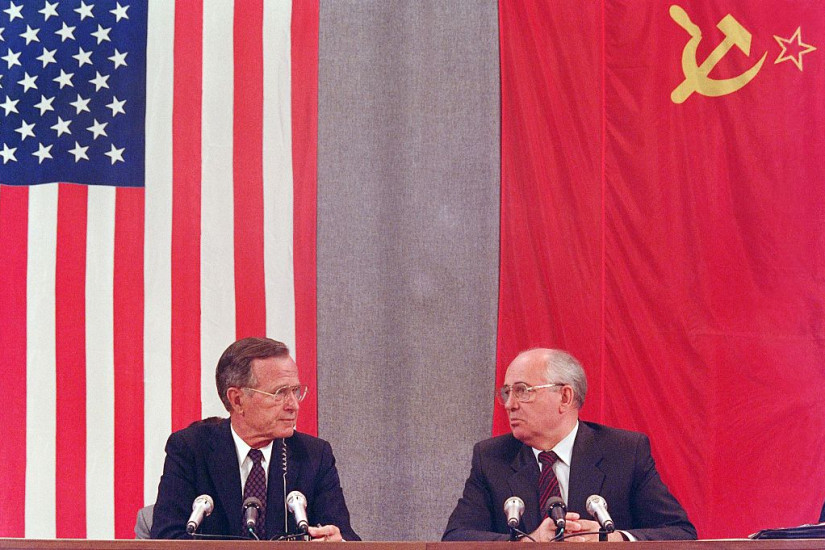 Where President Bill Clinton emphasized prosperity, President George W. Bush emphasized predominance. In between, of course, stood Sept. 11. It is possible that the Bush version would never have come into being had it not been for the terrorist attacks on New York and Washington carried out by Islamist fanatics (a renegade faction, in fact, of an American Cold War alliance).

The Cold War experience clearly conditioned the United States response to these atrocities. Instead of targeted military strikes and global police cooperation, which would have been the most sensible reaction, the Bush administration chose this moment of unchallenged global hegemony to lash out and occupy Afghanistan and Iraq. These actions had no meaning in a strategic sense, creating 21st-century colonies under the rule of a Great Power with no appetite for colonial rule.

But the United States did not act out of strategic purpose. It acted because its people were understandably angry and fearful. And it acted because it could. The Bush version was directed by foreign policy advisers who thought of the world predominantly in Cold War terms; they stressed power projection, territorial control and regime change.

The post-Cold War era was therefore not an aberration but a continuity and confirmation of an absolute historical purpose for the United States. Gradually, however, over the course of the generation that has passed since the Cold War, the United States has become less and less able to afford global predominance.

As America entered a new century, its main aim should have been to bring other nations into the fold of international norms and the rule of law, especially as its own power diminishes. Instead, the United States did what declining superpowers often do: engage in futile, needless wars far from its borders, in which short-term security is mistaken for long-term strategic goals. The consequence is an America less prepared than it could have been to deal with the big challenges of the future: the rise of China and India, the transfer of economic power from West to East, and systemic challenges like climate change and disease epidemics.