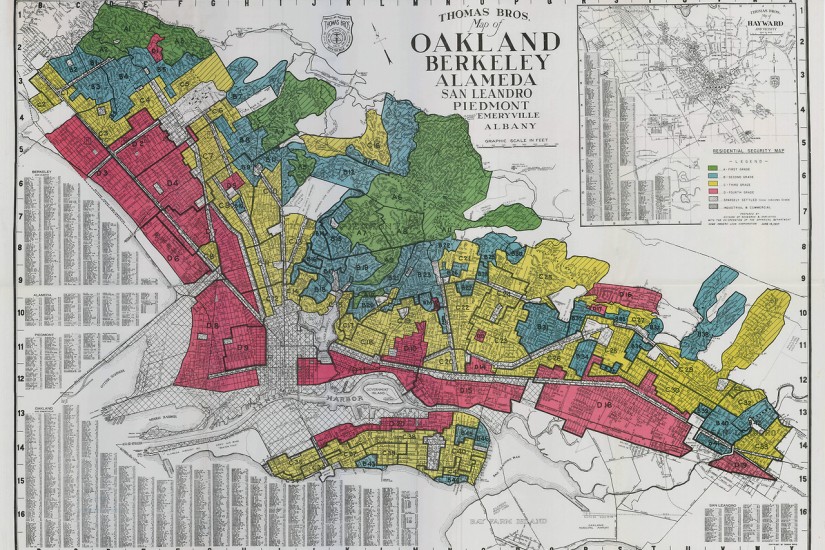 The appraiser who went to Brooklyn in the 1930s to assess Bedford-Stuyvesant for the government summarized the neighborhood’s prospects on a single page. Many brownstones in “obsolescence and poor upkeep.” Clerks, laborers and merchants lived there, about 30 percent of them foreign-born, Jews and Irish mostly.

The government-sponsored Home Owners’ Loan Corporation drew a line around Bedford-Stuyvesant on a map, colored the area red and gave it a “D,” the worst grade possible, denoting a hazardous place to underwrite mortgages.

Lines like these, drawn in cities across the country to separate “hazardous” and “declining” from “desirable” and “best,” codified patterns of racial segregation and disparities in access to credit. Now economists at the Federal Reserve Bank of Chicago, analyzing data from recently digitized copies of those maps, show that the consequences lasted for decades.

As recently as 2010, they find, differences in the level of racial segregation, homeownership rates, home values and credit scores were still apparent where these boundaries were drawn.

“Did the creation of these maps actually influence the development of urban neighborhoods over the course of the 20th century to now?” said Bhash Mazumder, one of the Fed researchers, along with Daniel Aaronson and Daniel Hartley. “That was our primary question.”

The economists now believe that appraisers like the one in Bedford-Stuyvesant weren’t merely identifying disparities that already existed in the 1930s, and that were likely to worsen anyway. The lines they helped draw, based in large part on the belief that the presence of blacks and other minorities would undermine property values, altered what would happen in these communities for years to come. Maps alone didn’t create segregated and unequal cities today. But the role they played was pivotal.