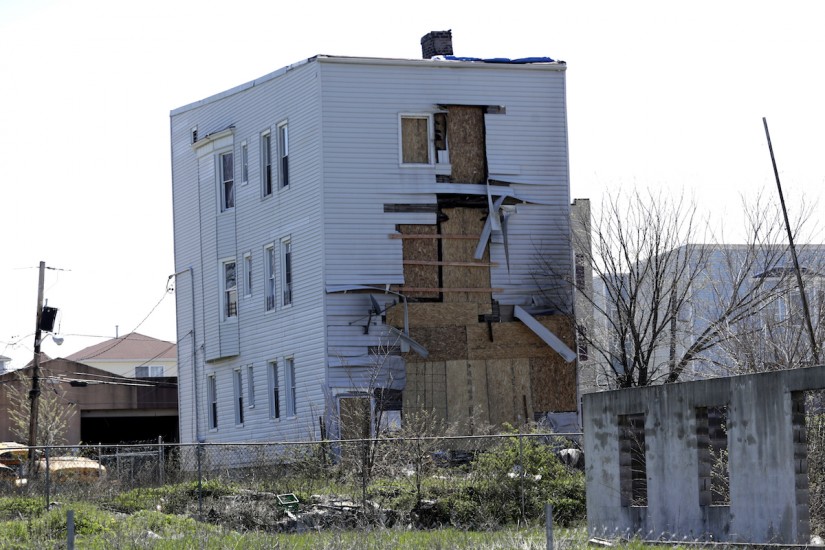 A building near the foundation of a construction site in a so-called “opportunity zone” in Newark, N.J. (2018).
AP Photo/Julio Cortez

The tax bill President Trump signed into law in 2017 created an “opportunity zones” program, the details of which will soon be finalized. The program will provide tax cuts to investors to spur development in “economically distressed” areas. Republicans and Democrats stretching back to the Nixon administration have tried ideas like this and failed. These failures are well known, but few know the cynical and racist origins of these programs.

The neighborhoods labeled “opportunity zones” are “distressed” because of forced racial segregation backed by federal law — redlining, racial covenants, racist zoning policies and when necessary, bombs and mob violence. These areas were black ghettos. So how did they come to be called “opportunity zones?”

The answer lies in “black capitalism,” a forgotten aspect of Richard Nixon’s Southern Strategy. Mr. Nixon's solution for racial ghettos was not economic justice, but tax breaks and incentives. This deft political move allowed him to secure the support of white Southerners and to oppose meaningful economic reforms proposed by black activists.

You can see how clever that political diversion was by looking at the reforms that were not carried out. After the Civil Rights Act, black activists and their allies pushed the federal government for race-specific economic redress. The “whites only” signs were gone, but joblessness, dilapidated housing and intractable poverty remained. In 1967, blacks had one-fifth the wealth of white families.

Yet a white majority opposed demands for reparations, integration and even equal resources for schools. Black protests ensued, which turned into a resistance movement and black ghettos erupted in violence. To many, it felt like a domestic war.

During the last year of his administration, Lyndon B. Johnson assembled the Kerner Commission to study the riots. The report was scathing: “What white Americans have never fully understood — but what the Negro can never forget — is that white society is deeply implicated in the ghetto. White institutions created it, white institutions maintain it and white society condones it.”

President Johnson’s parting legislation was the 1968 Fair Housing Act, which he described as the most important legislation of the civil rights package because it pushed officials to “affirmatively further fair housing,” meaning to integrate.

Before the 1968 presidential election, the choices for reform seemed clear: housing integration, reparations or both. One Republican candidate, George Romney, called for an integration plan to loosen the “high-income white noose” of white suburbs around black ghettos. Several candidates presented reparations proposals, one of which, introduced in Congress with Republican sponsors, called for federal capital investment and Treasury financing to build up capital in the ghetto.

Mr. Nixon, however, decided instead to ride the tide of white resentment into office. His top aide, John Ehrlichman, admitted that a “subliminal appeal to the anti-black voter was always present in Nixon’s statements and speeches.” Indeed, Mr. Nixon promised Southern Republicans that he would ...