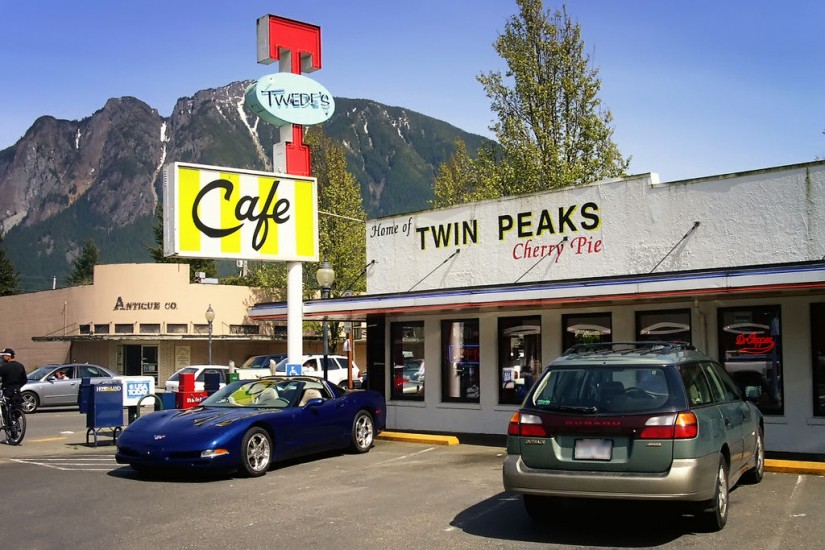 On page and on screen, few settings carry the cultural weight of the humble American diner. Inviting us in with slick chrome and blinking neon, the diner is coolly seductive. It appeals to our baser impulses with outsized portions of high-cholesterol breakfast and pie, wins us over with chatty waitresses and classic jukebox jams, and reminds us, in a fundamental yet inscrutable way, that America itself isn’t always what it seems.

A diner is where Pumpkin and Honey Bunny make their move in Pulp Fiction; where Tony sits down for his final meal on The Sopranos; where the adrift young men of American Graffiti gather to discuss their futures; where Danny and Sandy’s date gets crashed in Grease. Diners suffuse the writings of hard-boiled authors like Jack Kerouac and James Ellroy. In “Twin Peaks,” the otherworldly Washington State locale dreamed up by David Lynch, the Double R is a community mainstay.

Actress Lara Flynn Boyle, who portrayed “Twin Peaks”’ Donna Hayward in the 1990s, says she once waited tables herself at the venerable Ann Sather restaurant in her native Chicago (the cinnamon rolls are legendary). More than anything, Boyle adores the casual camaraderie of a countertop meal. “There’s nothing like it! It’s a dying art form,” she says, a hint of wistfulness in her voice. “It’s just so lovely. People actually talk to each other.” Half the fun, in Boyle’s view, is striking up off-the-wall dialogues with strangers—an increasingly rare activity in the smartphone era. “You meet the most delicious people,” she says, “and it’s just fantastic. Diners are my life.”


What is it about cheap eats, long hours, counters, and booths that so consistently captures the American imagination? Putting a finger on it is no mean feat, but unpacking the history crammed tight within diners’ walls seems like a fine place to start.
…
View on Smithsonian
View Connections