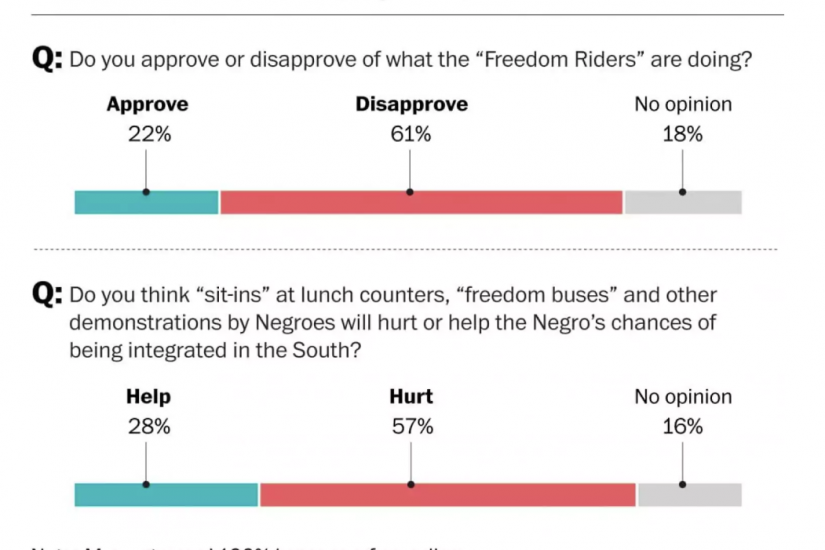 One year ago this week, protests erupted in Baltimore following the death of Freddie Gray in police custody. After yet another high-profile death of an unarmed black man connected to police, there were riots, peaceful demonstrations and proclamations from activists that black lives matter.

The decentralized Black Lives Matter movement burst onto the national scene following the 2014 police shooting of an unarmed black teenager, Michael Brown, in Ferguson, Mo. Since then, activists have protested police brutality by stopping Black Friday sales, shutting down rail stations and becoming a fixture on the presidential campaign trail. They have disrupted Bernie Sanders, confronted Hillary Clinton and protested Donald Trump, leading to tense confrontations and violent reactions.

For these demonstrations, Black Lives Matter activists have received plenty of criticism from political candidates and their supporters and surrogates.

The majority of Americans haven't embraced the activists’ message or strategies, either; fewer than a third of Americans said Black Lives Matter focuses on real issues of racial discrimination while 55 percent said the movement distracts from those issues, according to a September PBS News Hour/Marist poll.

Another poll conducted that month by NBC News and Wall Street Journal found that 32 percent of Americans had mostly positive views of the movement; 29 percent had mostly negative views and 39 percent were neutral.

Such tepid acceptance of black activism isn't surprising. This country has a history of disapproving of civil rights protests and demonstrations. And perhaps nothing better demonstrates that dynamic than the movement of the 1960s.

Today, sit-ins, freedom rides and marches for voting rights are viewed with historical reverence. Schoolchildren across the country memorize Martin Luther King Jr.’s “I Have a Dream” speech. Conservatives invoke the moral authority of the civil rights movement as a model for their own activism. Civil rights workers are viewed as national heroes.

But in their day, activists were met with widespread disapproval. A review of polling data from the 1960s paints a picture of an America in which the majority of people felt such protest actions would hurt, not help, African Americans’ fight for equality.