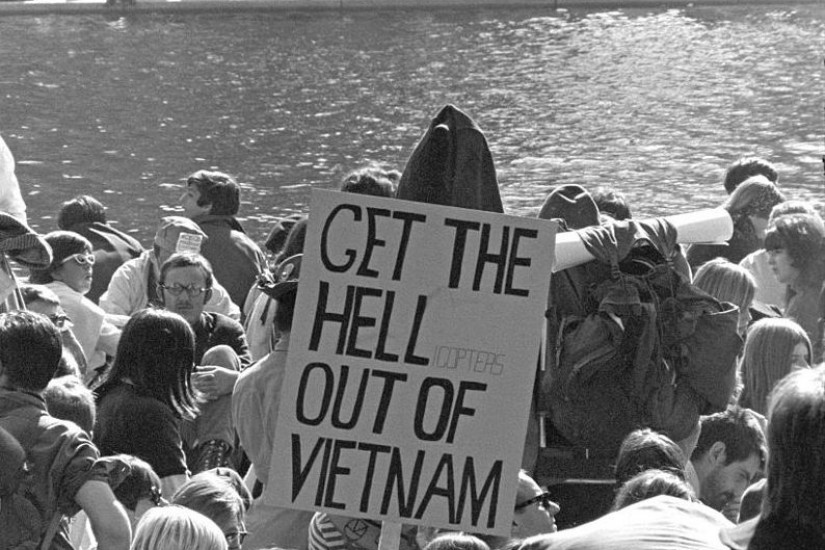 For more than 40 years, the Vietnam War has been among the most potent reference points in American politics, one that we routinely use to argue for the folly or wisdom of a particular policy. George H.W. Bush famously declared that the 1991 Persian Gulf War would “not be another Vietnam,” and each succeeding president—Bill Clinton in the Balkans, George W. Bush in Iraq, Obama in Afghanistan—has had to confront criticism that they were repeating Vietnam’s errors. To call something “another Vietnam” is to condemn it as ill-advised, hubristic, perhaps immoral, and likely to unnecessarily endanger American lives.

Alongside the remembrance of the flawed policymaking of the Vietnam era, however, stand memories of the anti-war movement. This remembrance is dominated by images of mass protest: marches in the streets, a young woman putting a flower in a National Guardsman’s rifle barrel. These recollections conjure the notion of a peaceful, morally principled, populist uprising that forced the nation’s leaders to change course. It is thus not surprising that Vietnam-era protests have been a go-to comparison in the current moment. Noting that attendance at the Women’s March was higher than any anti-Vietnam protest in the 1960s suggests the degree of discontent with the Trump administration. But Vietnam is more than simply a yardstick by which to measure a movement. To compare the Trump resistance to the anti-Vietnam efforts is also to make an implicit moral claim about the righteousness of the protest and the injustice of what is being protested. It also makes an argument about the potential for change.