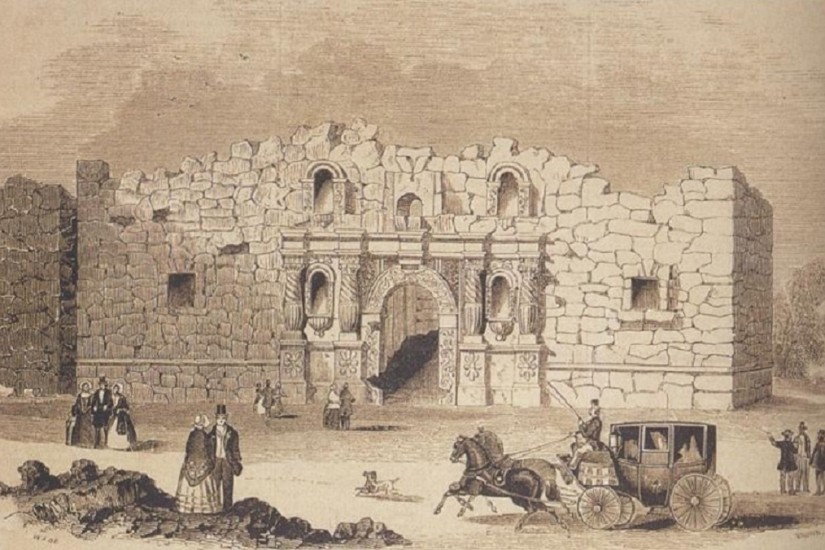 Texas was a region long used to indigenous slavery. To Tejanos, the Apache and Comanche were both cousins and captives. Industrial racialized slavery, however, arrived in Texas with entrepreneurs like the Austins who persuaded the impoverished Tejanos in San Antonio to become their lobbyists in Saltillo to delay the implementation of state legislation outlawing chattel slavery. Besieged and brutalized by Comanche raids, Tejanos became Austin’s lobbyists in Coahuila, a federal province deeply skeptical of plantation slavery.

For a full decade (1825-1835), leading Afro-Mexican generals and politicians in Mexico City witnessed with growing concern the expansion of racialized plantation slavery in Texas. In 1835, Mexico passed a centralizing constitution abolishing slavery in every state in the Union, including Coahuila, and sent an army led by Santa Ana to dismantle the Texas Cotton Kingdom. Anglo settlers fled to Louisiana, including the retreating armies of Sam Houston. Santa Ana split his cavalry to cut off Houston at the Sabine. In a serendipitous last moment decision, Houston turned around to confront the weakened Santa Ana. Houston won. The Lone Star Republic was born.

Until 1845, Texas was a pariah state, shunned by the British, the French and the USA. It accomplished little, except avoiding Comanche raids. Steamboats could not ply the waters of the Sabine, Natchez, Trinity, and Brazos that went undragged. Galveston did not become a deep-water port and cotton moved on rafts to neighboring New Orleans. The public infrastructure to secure plantation slavery was financed after 1845 with federal dollars (a lesson to keep in mind in the wake of Harvey). The only thing Texas did well as an independent republic was to draft the constitution of 1841. It made it illegal for any manumitted Black to remain physically in the state, let alone aspire to citizenship.

In 1836, John Quincy Adams described the Texas Revolt as the first civil war "between slavery and emancipation." The Alamo memorializes the first battle of the American Civil War, full twenty-five years before the battle of Fort Sumter. It is the first Confederate monument to slavery.