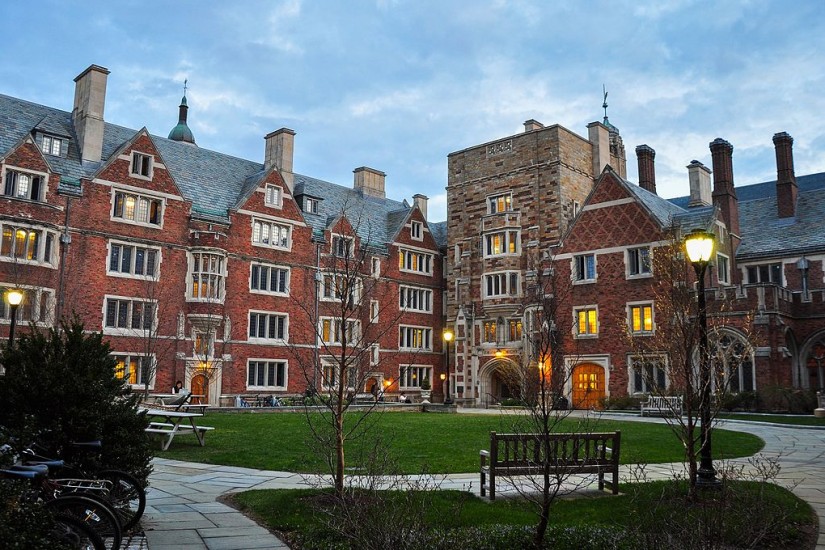 The courtyard of Calhoun College at Yale University.
Namkota/Wikimedia Commons
…

In recent months, students around the country have been protesting racism on their campuses. Some of the protests—at Georgetown, Dartmouth, and other schools—have focused, in part, on the names of campus buildings and institutions. Recently, at Yale, activists have asked for a rebranding of Calhoun College, which is named after John C. Calhoun, a notorious proponent of slavery; at Princeton, citing Woodrow Wilson’s well-established racism, they have argued that his name should be removed from the Woodrow Wilson School of Public and International Affairs. (They have also asked that the name of a dormitory, Wilson College, be changed.) The activists have other ideas—they’ve asked for additions to the curriculum, increases in faculty diversity, and new resources for students of color, among other things—and they say they are responding to a general climate of subtle and overt discrimination. But their arguments about names aren’t a distraction from those other issues. They address a central function of the Ivy League: the communication of a certain idea of American heritage, to which the campuses of Yale and Princeton, with their Gothic spires and soaring archways, are monuments.

The case of Calhoun College is the easier of the two to parse. Calhoun, who graduated from Yale, in 1804, didn’t help build the college (or anything else at Yale); the university named the building after him on its own, in 1933, because Calhoun—who had died eight decades earlier—was considered an eminent alumnus. Shortly before naming the college after Calhoun, Yale erected an eight-foot-tall statue of him atop Harkness Tower, along with statues of seven other Yale “worthies.” Only much later did the university at large begin to reflect on the fact that Calhoun was a supporter of the Fugitive Slave Law who had argued, before Congress, that slavery was a “positive good.”