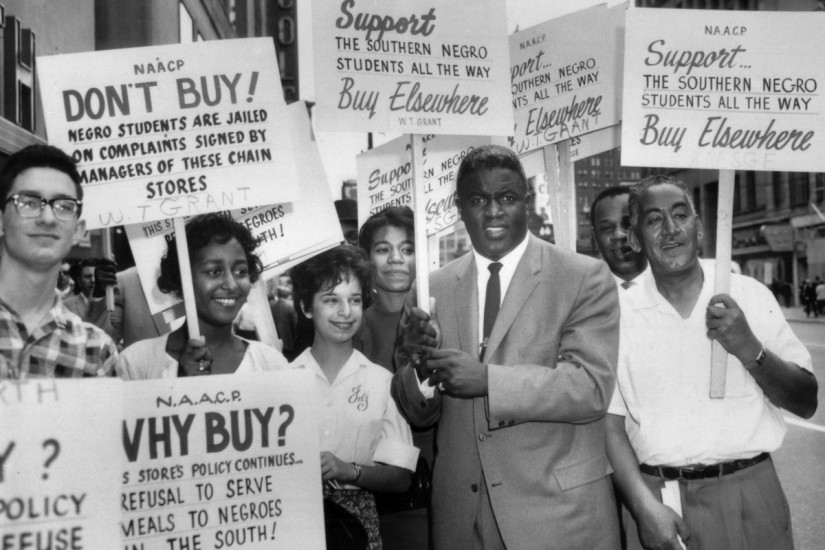 Robinson was suspicious of Kennedy, particularly as he set his sights on the White House. JFK had sought to ingratiate himself with a crucial constituency: segregationist Southern whites. In 1959, as he neared the launch of his presidential campaign, he invited Alabama governor John Patterson, a virulent racist, to breakfast at his Georgetown home. When the governor emerged from the private parley he endorsed Sen. Kennedy for president, calling him “a friend of the South.” Blacks wondered if a secret deal had been struck: What promises had Kennedy made to gain Southern support?

Kennedy’s apparent compromises on civil rights infuriated Robinson, and JFK became a frequent target in a column Robinson wrote for the New York Post. Kennedy’s popularity among African Americans suffered, prompting the Massachusetts senator to meet with Robinson in a bid to quiet his criticisms. Their conversation a few weeks before the Democratic National Convention was at first courteous and candid. But Robinson became offended when Kennedy admitted that he knew few blacks and still had more to learn about the community’s suffering.

“Although I appreciated his truthfulness in the matter,” Robinson said later, “I was appalled that he could be so ignorant of our situation and be bidding for the highest office in the land.” From there the meeting deteriorated: Robinson condemned Kennedy for his apparent friendship with Patterson, the white supremacist governor whose campaign in Alabama had been supported by the Ku Klux Klan. Robinson rejected JFK’s attempt to explain away the breakfast as a courtesy extended to a state leader.

Eager to make amends, Kennedy asked Robinson what it would take to win his support. But the baseball legend misinterpreted him and became incensed, believing the wealthy candidate wanted to buy him off.

“Look, senator,” he told Kennedy, “I don’t want any of your money. I’m just interested in helping the candidate who I think will be best for black America.” To make matters worse, Robinson was sure that during the meeting Kennedy refused to look him in the eye — further evidence of the senator’s insincerity.