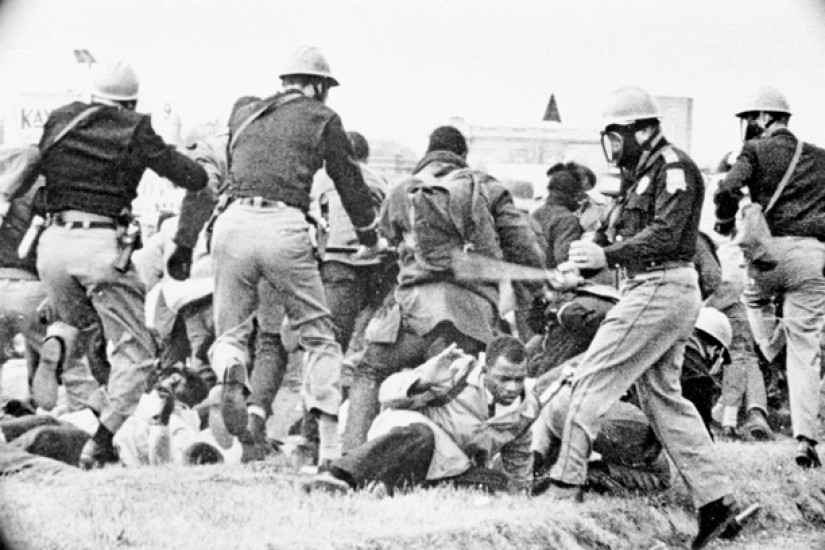 Old wounds have not healed in Selma, which was founded as a major slave-trading center. There are still rotting slave quarters in back alleys, and massive foundries that produced weapons for the Confederate Army still line the banks of the Alabama River. Every April, a month after the Bloody Sunday commemoration, hundreds come to town to re-enact the Battle of Selma, when Union troops burned the city to the ground. Some also pay respects to Confederate Gen. Nathan Bedford Forrest, the first grand wizard of the KKK, whose memorial in the city’s moss-draped Confederate cemetery describes him as “one of the South’s finest heroes.”

Selma remains defined by its past, whether it be 1865 or 1965. Too many people visit the Edmund Pettus Bridge (named after a Confederate general who led the Alabama Klan) and the voting-rights museum across the street but never dig any deeper. “We have to move beyond the bridge,” Sewell said at Brown Chapel. “It’s not just about one commemoration on one day. We have to live Selma.” The historical focus on Bloody Sunday—as important as it is—has too often obscured the many problems facing the city today. “Selma has done a lot more for the rest of the world than it has done for itself,” the city’s first black mayor, James Perkins, often says.

In Selma, it feels like everything and nothing has changed.