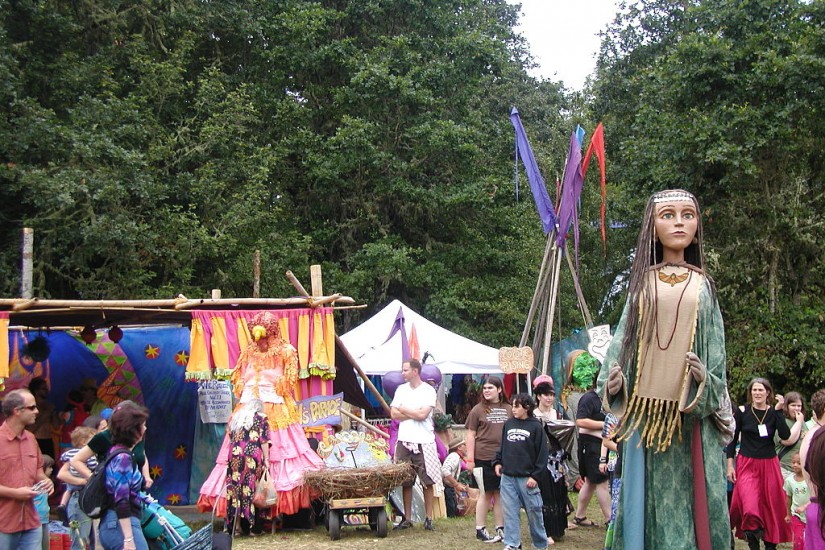 It was always meant to draw attention. The 8,000-pound, 36-foot Alaskan cedar log — brought in from Canada in 2012 after years of legal wrangling over its import — was carved into a totem pole at the Oregon Country Fair over a few summers by a group that runs a sauna and bath house on the site. There were plans for solar-powered LED lights illuminating the eyes of the raven, beaver, dog, and bear figures; not to be outdone, the flamingo figure at the top would have 20-foot-wide wings made of stainless steel, copper, and brass. It was scheduled to go up in the summer of 2015.

But in the past few years, the geographically incorrect, faux-Native totem pole has become a lightning rod of controversy, with charges of cultural appropriation and concern that said pole might disturb prehistoric archeological ruins of actual Native Americans. The pole’s advocates, who are mostly white, did not simply acquiesce to the rising chorus of Native voices; instead, they attacked a relatively new diversity task force, belittled local tribespeople, and attempted to undermine the fair’s archaeology crew in order to raise the totem pole. How a group of hippies in a community purportedly tied together by peace, love, and understanding ended up sounding like a bunch of neocons speaks to the troubled dynamic between America’s aging — and largely white — hippie subculture and the Native American communities they’ve long imitated.