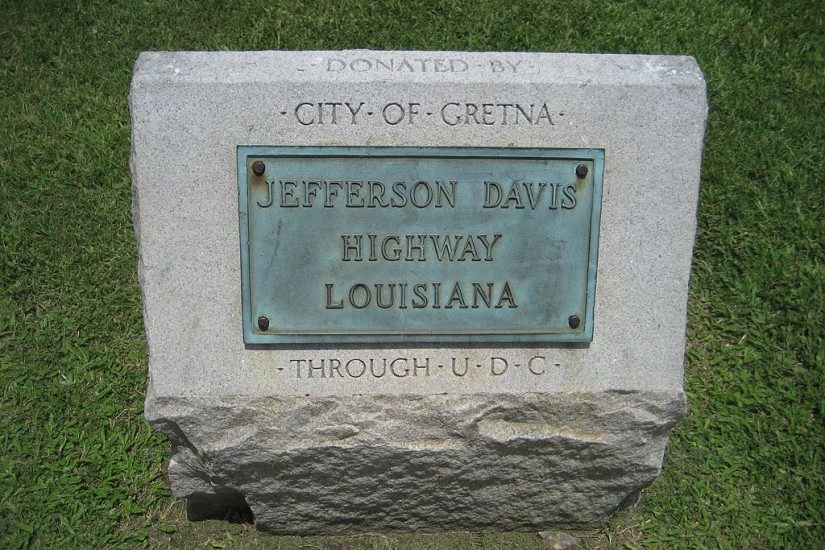 As cities around the country tear down, hide, or reconsider monuments to Confederate leaders such as Robert E. Lee and Stonewall Jackson, Arlington, Virginia, has decided to rename one of its most recognizable thoroughfares, a stretch of road that passes the Pentagon and Arlington National Cemetery.* For almost a century, the road has been called the Jefferson Davis Highway, in honor of a man who advocated for slavery and secession and served as president of the short-lived Confederate States of America.

It’s not exactly surprising that a highway named after the Confederacy’s most famous figure can be found in what was once Confederate territory. But what about Southern California? Arizona? Washington State? They once had Jefferson Davis Highways, too.

These roads were conceived as part of a national superhighway of Confederate memory in the 1910s, amid a wider push in the South for Confederate monuments. The planned coast-to-coast highway fell far short of its goal, and while most of its surviving routes have since been renamed, the name Jefferson Davis Highway still appears on maps and signs in Virginia, North Carolina, and South Carolina. Old highway markers—remnants of the stone signs that once sat next to finished sections of road—are scattered across disparate parts of the country at rest stops and on city streets. Though the highway was never fully realized, parts of the infrastructure its supporters imagined—and the myths they helped spread—today stretch on and on.

The Jefferson Davis Highway was a pet project of the United Daughters of the Confederacy (UDC), an association of Confederate descendants that has been trying to preserve (and rewrite) Civil War history since 1894. Though not as well known as the Lost Cause memorials the UDC built throughout the South—objects promoting a narrative that the Confederacy fought honorably for states’ rights rather than slavery—the highway was intended to be a cross-country system of roads studded with markers memorializing Davis. And for some cities and states in its proposed path, it was simply too good a deal to pass up.