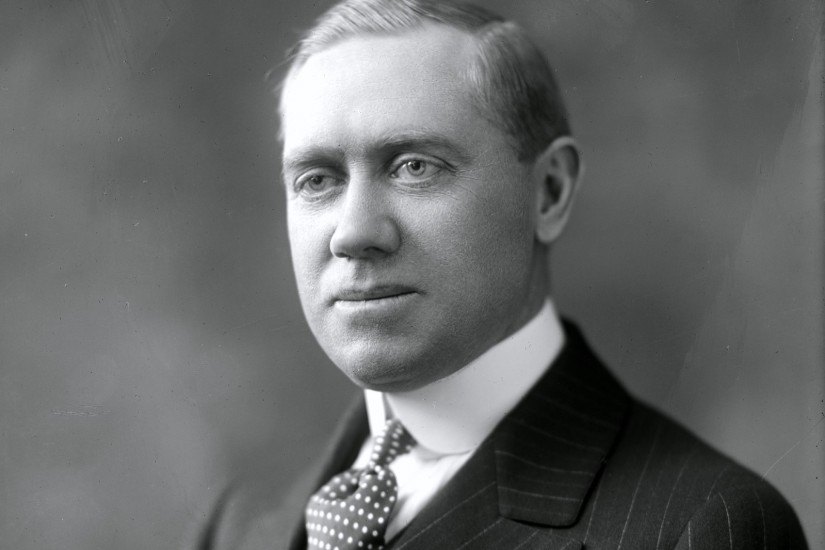 The day after his term ended as senator of Nevada, Charles B. Henderson found himself on the receiving end of a bullet.

It was the afternoon of March 6, 1921, and the offices of the Senate Building in Washington were buzzing. In walked a man named Charles August Grock, a constituent and former client of Senator Henderson’s when the latter was a practicing attorney in Reno. Grock approached Henderson and shoved the barrel of his gun into the senator’s chest, according to a New York Times report at the time. Before the assailant could fire, however, Henderson grabbed his hand and forced it away. The gun discharged in the scuffle and a bullet pierced Henderson’s forearm.

Another senator and a clerk rushed to the room and found Henderson “calmly bandaging his arm and not at all excited.” The shooter apparently made no attempt to flee and was taken into custody. When questioned, he admitted to harboring a 25-year grievance against his former lawyer, after Henderson’s law firm lost his land suit. Grock had traveled from Reno, Nevada, to “get even”?—?at the age of 65.

“The man is not mentally sound,” said Henderson later. “He has been under treatment for mental troubles on several occasions, and it would seem that he was discharged too soon.”

Though Henderson sustained only a minor flesh wound, the incident sparked one of the first federal votes on gun control. It would be decades before the National Rifle Association officially lobbied against gun restrictions, but the business of firearms was already lucrative enough to sway lawmakers.