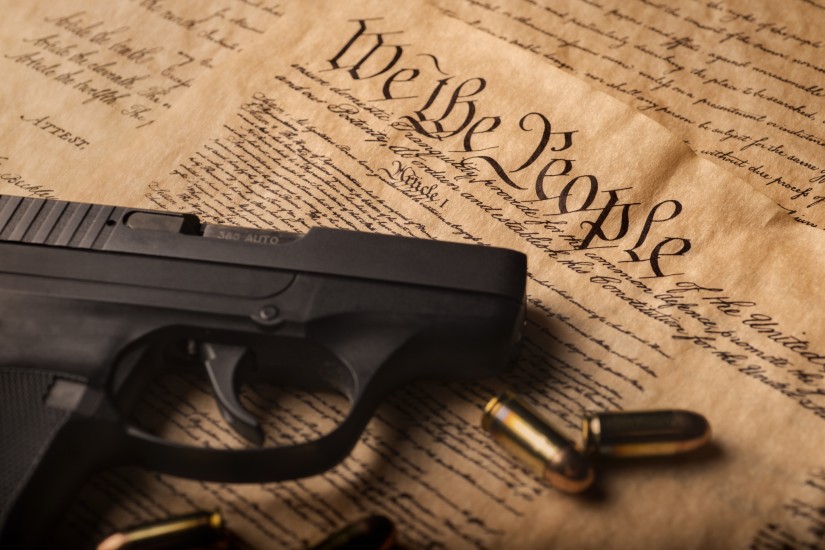 In the eighteenth century, the security of a free state was accomplished by a well-regulated militia—a local institution, composed of citizen soldiers. And as the wording of the amendment makes plain, that militia was subject to extensive regulation by government. Indeed, militia statutes were typically the longest laws on the books in early America. So the logical question that one ought to ask—one that seldom gets raised in the contentious modern debate over the role of guns in contemporary American society—is this: How do we maintain and promote the security of a free state when we no longer live in small rural communities and depend on well-regulated militias? How can one enjoy liberty in a society awash in guns?

This is, at bottom, a historical question—one that’s largely anathema to the NRA and other advocates of expansive gun rights. Many gun-rights advocates fail to understand the actual historical background of the Second Amendment because our debates over gun ownership typically revolve instead around a potent set of myths that cloud our historical understanding. Chief among these myths is the iconic image of the “good guy with a gun,” eagerly manufactured and marketed by American popular culture. From the dime novels of the nineteenth century to Hollywood westerns and more recent figures such as Jason Bourne, a powerful entertainment folklore has infused the gun-rights narrative.

But as the mass shooting in Las Vegas—staged at a country music concert featuring several artists who are affiliated with NRA outreach efforts—has made excruciatingly clear, the reality of guns in contemporary America is far more dark and bleak. The horrific images of carnage, in Las Vegas, Orlando, Newtown, and other sites of gun mayhem, have become a painfully common fixture in our lives.

The only way in which American society can function with so many guns is to create an effective regulatory scheme. We now face gun anarchy, and desperately need the well-regulated liberty so prized by the Founding generation. But how can our government effectively regulate guns given the limits imposed by the Second Amendment? Here history, real history, not the mythic history of Hollywood westerns, may offer some insights. As long as there have been guns in America, they have been extensively regulated, both by common law and statutes. Gun regulation did not fade away after the adoption of the Second Amendment; it increased.