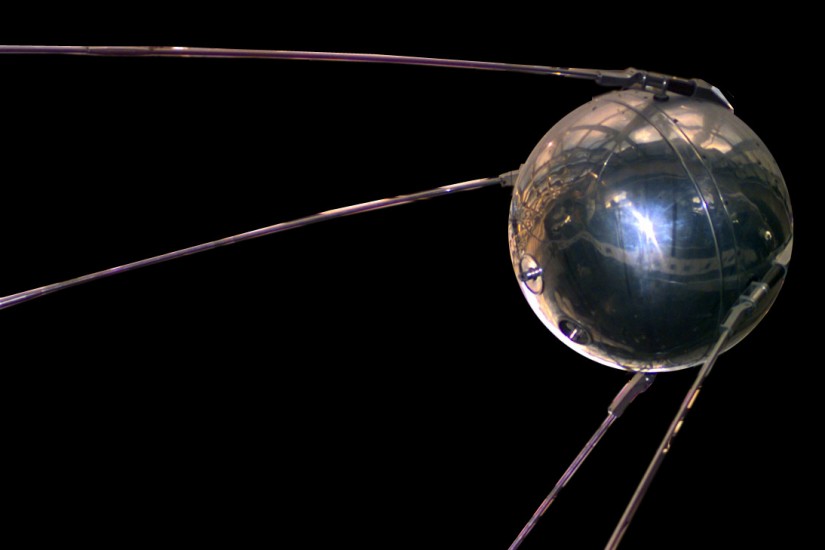 A replica of Sputnik 1, the first artificial satellite in the world to be put into outer space: the replica is stored in the National Air and Space Museum (2004).
NSSDC/NASA

A Smithsonian Institution curator will argue at an event this week that when the Sputnik satellite launched 60 years ago on Oct. 4, it was "hyperbolic" to argue that the public immediately panicked about Soviet Union technological superiority.

Sputnik was the first space satellite and viewed as the beginning of the space race, when the Soviets and the United States used Earth orbit as an arena to test out space equipment and astronaut capabilities. The race culminated with the US putting astronauts on the moon beginning in 1969. While the Soviets targeted the moon as well, after several rocket failures they chose instead to focus on constructing space stations.

Since the disintegration of the Soviet Union in 1991, relations between the United States and Russia have been very different, with the nations collaborating extensively on the International Space Station. In late September, the two nations signed a cooperation agreement to work on Deep Space Gateway, a proposed space station near the moon that NASA plans for the 2020s, according to Russian space agency Roscosmos. The station could serve as a launching point for Mars missions in subsequent decades.

Despite the collaboration, the early years of the US-Soviet space race are often cited in the media. Accounts generally say that Sputnik set off a terror in the American public that resonated through the education system and immediately brought in support for the space race. But according to Michael Neufeld, a senior curator at the Smithsonian National Air and Space Museum's space history department, the short run after Sputnik showed little effect.