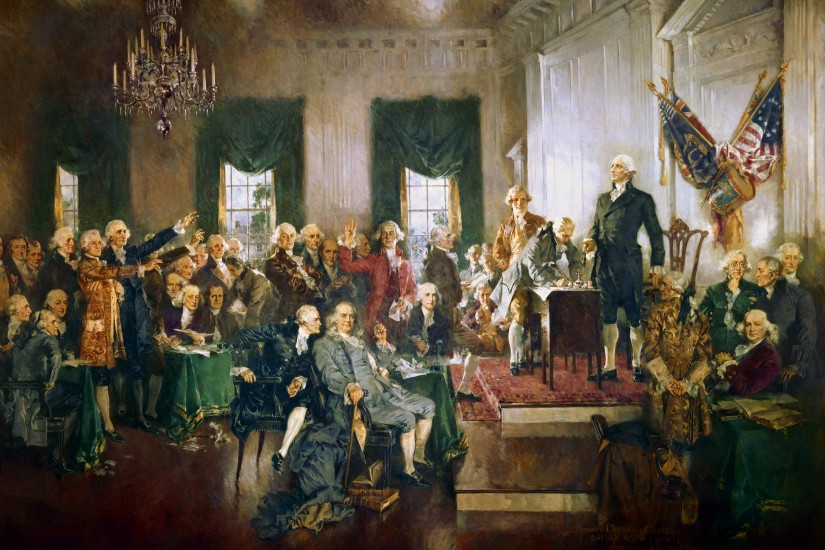 “What was the Founders’ intent?”

This is a favorite question for people to ask when discussing the Constitution—especially the Second Amendment, where arguments over the meaning of the “militia” clause and over the changing nature of guns over 250 years are de rigeur. The problem with these arguments isn’t that one side or the other is right: the problem with them is that they’re not even wrong. They are debating a completely meaningless question.

The latest context for this is a gun which may or may not have been invented by Joseph Belton in 1777. That year, he sent a letter to the Continental Congress, offering his newly-designed “repeating flintlock” gun to the Army: a gun which could, he said, fire as many as twenty balls in a matter of five seconds. This gun has taken on importance in political disputes because it would be evidence that the Founders were aware of the possibility of automatic weapons, and wrote the Second Amendment fully conscious of that. This particular dispute was shaken up today, when journalist Adam Weinstein claimed that the gun was an elaborate hoax penned by his grandfather, and never existed at all.

The Internet is full of chatter about this claim, and those who care about it may want to read David Kopel’s article explaining why it’s factually irrelevant: there were repeating guns long before that.

But the more important thing about this argument is that the Founders’ intent is irrelevant to this discussion altogether.

To understand why, let’s imagine we had the most perfect lens possible into the Founders’ intent: namely, a device which could physically conjure the spirits of all fifty-five delegates to the Constitutional Convention into a room to hear a case at hand and offer their wisdom.

If anyone managed to do this—with or without the spectral Delegates first having the chance to become acquainted with 228 years of intervening history—they would probably hear a very interesting debate. What would some of the great political thinkers of the late 18th century say, if posed with these present problems? Which opinions would they side with, which aspects of the political turmoil of the 1750’s and on would be most emotionally resonant for them? Which sides would each person take, and which arguments would they favor?

The one thing this would almost certainly not do is settle anything. It would simply bring 55 additional voices into the room, and everyone in today’s debates would be able to find at least one person to side with.