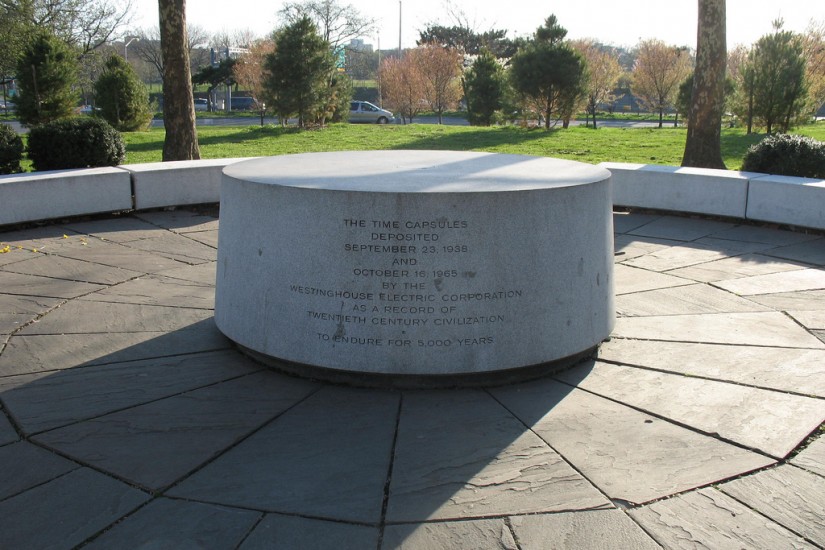 The time capsule is a concept perfectly pitched to an elementary school student’s sense of wonder. I loved them as a kid—thinking about them, reading about them, burying toys and little messages in bottles in our backyard. Now that I’m older, though, the whole idea reeks of a particularly American self-centeredness in relationship to the passage of time. “Time capsules are both optimistic and selfish,” writer Matt Novak told Mental Floss, “in the sense that they represent a belief that not only will anyone find them sometime in the future, but also that anyone will care about what’s inside.”

Over the 19th and 20th centuries, American time capsules went from containers for civic virtue, to carefully curated museums of popular culture, to catch-alls, capturing the overwhelming amount of stuff that drifts through a consumer society. Looking at the evolution of time capsule contents, it becomes clear that our ideas about which items future historians could use in order to figure out how we lived have changed drastically. But through it all, we’ve retained a touching faith in our own interestingness.

The first recorded effort to bury a true time capsule in America took place at the 1876 Centennial Exposition in Philadelphia, spearheaded by a Civil War widow named Anna Diehm. While working as the publisher of the weekly Our Second Century, Diehm had the idea for the so-called Century Safe and executed it at her own expense. Diehm’s vision for what should go into the fireproof safe, to be opened a hundred years later, came straight out of the 19th-century interest in social structure, hierarchy, and worthy citizenship. The Century Safe contained photograph and autograph albums with the images and signatures of what the newspaper called “the most eminent men” who were alive in 1876. Though Victorians loved an autograph album, the people who opened the capsule in 1976 might have been forgiven for finding themselves less than thrilled. Another, more interesting capsule in this genre, the 1900 Detroit Time Capsule (opened in 2000), contained letters from prominent citizens describing the present state of life in Detroit and offering predictions as to its future, along with photos of businessmen, business cards, and rosters of organizations such as the Merchants and Manufacturers Exchange.