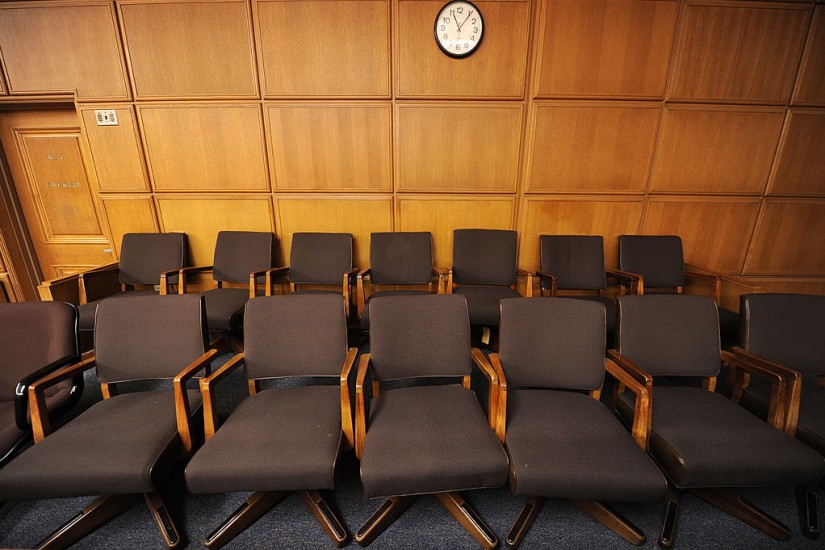 A view of the jury box of a courtroom in Los Angeles.
Robyn Beck/Getty Images
…

The general rule requiring unanimous juries goes back hundreds of years, long before the founding of the Republic and the signing of the Constitution in 1787. The requirement was included in a draft of the Sixth Amendment, and while it was omitted from the final version there had never been much doubt among judges and legal scholars of the time (and since) that the Constitution required unanimity. “I answer unhesitatingly that no court of the United States… can sentence any man upon the return of a verdict of jury in which all of the jury have not concurred,” wrote Justice John Marshall Harlan.

“Of the United States” was the key phrase in Harlan’s quote. The unanimity rule always has extended to deliberations in federal cases. The question through the ages has been whether the guarantees of the Sixth Amendment should be incorporated into state law. In 1968, in Duncan v. Louisiana, the Supreme Court answered that question “yes.” But four years later, in Johnson v. Louisiana, the justices in a sharply-divided opinion endorsed the Louisiana non-unanimous rule — with barely a mention of the rule’s racist roots.

The Johnson court concluded that the reliability of convictions was not tainted by the non-unanimous jury rule. If there was enough evidence to convince 9 or 10 jurors of guilt beyond a reasonable doubt, the justices reasoned, it was enough to satisfy the due process requirements of the Constitution.

At the same time as the Johnson ruling, the court decided Apodaca v. Oregon, a schizophrenic 4-1-4 decision. The court’s most conservative justices concluded that unanimous jury verdicts were not required either in state or federal trials. The court’s liberal justices concluded that unanimous jury verdicts were required in both federal and state cases. Justice Lewis Powell broke the tie and split the baby. He ruled that the Sixth Amendment required unanimity in federal cases but did not apply to state cases.