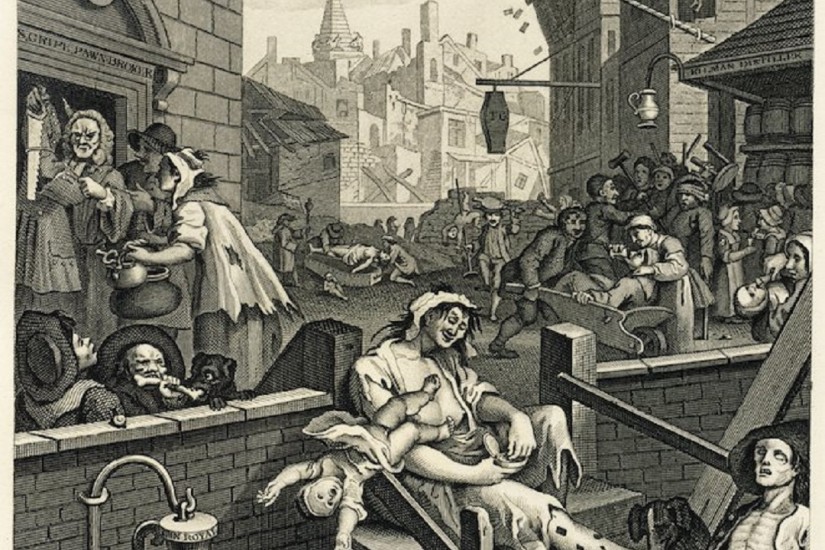 During an evening of carousing and drinking at a Salisbury tavern, a soldier and his comrades were drinking to one another’s health. Then the soldier did the unthinkable: he drank to the health of the Devil. Boldly daring the Devil to appear, the soldier claimed that if the Devil did not, it was proof that neither the Devil, nor God, existed. The soldier’s drinking companions quickly fled the room out of fear, but they returned “after hearing a hideous noise, and smelling a stinking savour.” After returning to the room, the soldier had vanished, and all they found was a broken window, the iron bar within it bowed and covered in blood. The soldier was never heard from again.

This peculiar tale, told in 1682 by the Anglican minister Samuel Clarke, made up a part of his warning to all regarding the treacherous fates that awaited drunkards. The soldier made the fatal error of losing his wits and drinking to the health of the Devil, inviting the evil being into his world. This story, however, was only one of the terrifying possibilities outlined by Clarke. Illness, madness, bodily and spiritual destruction, and–ultimately–death comprised the tragic fates that awaited every drunkard.

Such critiques and warnings initially did little to sway daily drinking practices, but over time, the cries of those who stood in opposition to alcohol steadily grew louder. Murmurs in the mid-seventeenth century–shocked at the sudden increase of cheaply available spirituous liquors–increased to a roar of condemnation throughout the decades of the following century. By the turn of the nineteenth century, the damnations against alcohol had become a deafening clamor that came in the form of speeches, books, medical inquiries, and artwork. One aspect often featured in such anti-liquor declarations were the drunkards themselves–more specifically, the drunkard’s unsteady, untrustworthy body.

Spiritual and medical inquiries about the effect of alcohol on a person’s body remained a constant source of concern, long before nineteenth-century movements for temperance. Published inquiries often emphasized the personal manner in which alcohol, after entering the body, initiated a process of deterioration and a literal process of physical transformation.