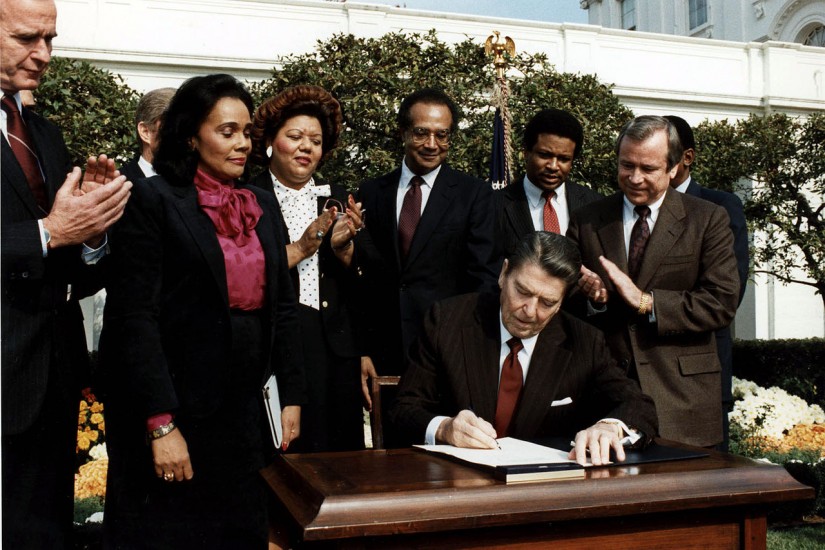 JS: Let’s talk about that King in the earlier 1960s, when the public figure of Martin Luther King became a hotbed issue for all kinds of debate and discussion. What were media outlets and sort of broader liberal society saying about the tactics that Martin Luther King and others in that movement were using?

I’ve been particularly interested, partly because of my own work, which focuses a great deal on the civil rights movement outside of the South, how King is received outside of the south. And if we look at how King, for instance, was received in California in the early 60s, and this is before 1965, Watts Uprising.

King is in and out of LA a number of times in the early 60s, including in 1964. In 1963, after much work and much civil rights activities, you see California pass a fair housing law, and white people go crazy, realtors go crazy. And they get on the ballot, Prop 14 in 1964, on the November ballot which is going to be the presidential election, and basically trying to repeal this law.

And King comes multiple times, right? There’s a massive civil rights campaign in the state to try to keep the law and to vote no on the proposition. And King is repeatedly called a communist, King is picketed, King is denounced for that work in California in 1964. And then we will see, white Californians by a 3:1 margin vote for Prop 14 in 1964, and they sent Lyndon Johnson back to the White House, but they, still, like in my home, I don’t want any fair housing laws. And what King will call this is a vote for ghettos, right? Because that’s what it’s about.

And so, he’s not popular in the north when he’s talking about — I mean, he writes this really beautiful thing that most people have not read in the couple months after Watts, where he’s basically like, “You invite me to your cities, and you sit up there with all this regalia, and you praise the actions of Southern black people, but, you know, when talk turns to condition local conditions, basically it’s polite but firm resistance.”