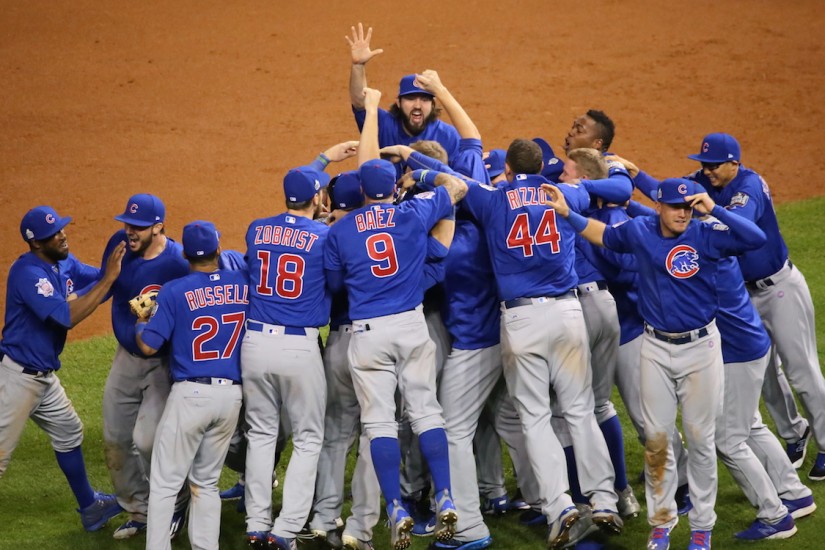 Sports history is made all the time—and most of it consists of phenomena that rank at the level of Trivial Pursuits: x number of homeruns, y number of strikeouts, a few hundredths of a second here and there. But in the first hour after midnight on November 1, 2016, real Sports History was made in a big way. The Chicago Cubs, those lovable losers from the North Side of the Windy City,1 won their first World Series in 108 years, breaking a modern record for athletic futility and burying forever the dreaded Curse of the Billy Goat levied against them during their last World Series appearance, in 1945. Since then, the Cubs’ three best postwar bids had all ended in freakish debacle. In the four other playoff series they played between 1989 and 2008, their record was an atrocious 1-13.

Exactly six days after the Cubs’ great victory last year, Americans learned that their next president would be Donald J. Trump. Chicago is, of course, a Democratic town, and while we would not want to commit the ecological fallacy2 of assuming that Cubs fans are necessarily Democrats, we can easily assume that large portions of the fan base were devastated by that result. A week of giddy celebration, marked by one of the largest urban gatherings in world history, gave way to the political distress into which the nation then plunged, and which we inhabit still. It almost seemed as if some other divine judgment was being rendered in exchange for the purgation of the Cubs’ great curse.

For “long-suffering” Cubs fans like myself, this strange juxtaposition of athletic joy and political despair knows no resolution. The authors of the four books reviewed here are smart enough to leave the election out of their stories. Perhaps that is the real genius of sports journalism: to focus on victory and losses and the nuances of athletic achievement, and leave the woes of our public life to their own realm. Because whatever happens to the Republic, the world of sport has its own integrity, and the Cubs story is intriguing enough to examine on its own terms.