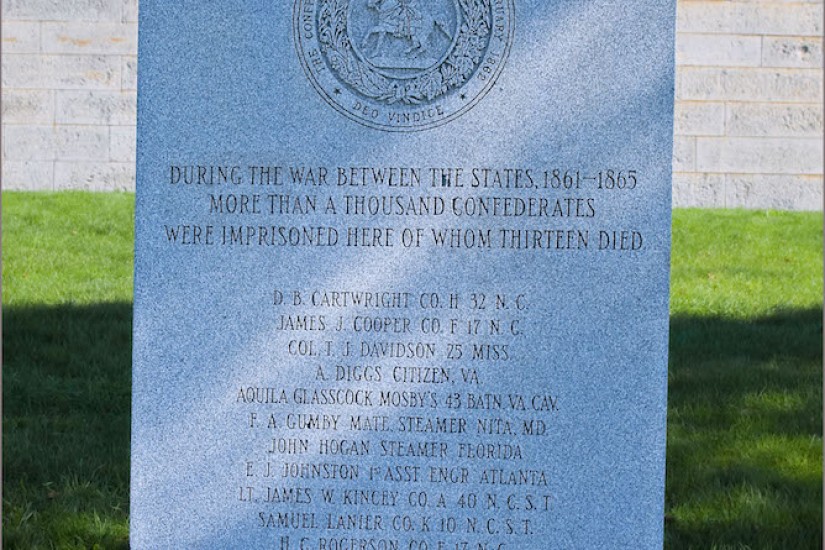 Take a boat to Georges Island in Boston Harbor, and you'll see something you might not expect: a Confederate monument.

Actually, right now you won't see it. The stone, the only Confederate monument in Massachusetts, has been boarded up since June while the state figures out what to do with it — a question that has new urgency in the wake of last weekend's violence in Charlottesville.

The granite block, which sits outside Fort Warren on Georges Island, lists 13 Confederate soldiers who died there as prisoners.

Heather Cox Richardson, a Boston College history professor who has written extensively about the Civil War, says that makes it different from statues like the one of Confederate Gen. Robert E. Lee that sparked controversy, and then fatal violence, in Charlottesville.

But that doesn't mean it will stay.

"That's kind of a very fine distinction that maybe is too fine for this present moment," Richardson said. "So my guess is this is going to be a clean sweep of all Confederate memorials."

But the location of the Georges Island marker also makes the question of whether to move it — or remove it entirely — a bit complicated, because Fort Warren is a national historic landmark as a Civil War-era military site. That means that any change to the site, which is managed by the Department of Conservation and Recreation, also requires approval from the Massachusetts Historical Commission, which is overseen by Secretary of State William Galvin.