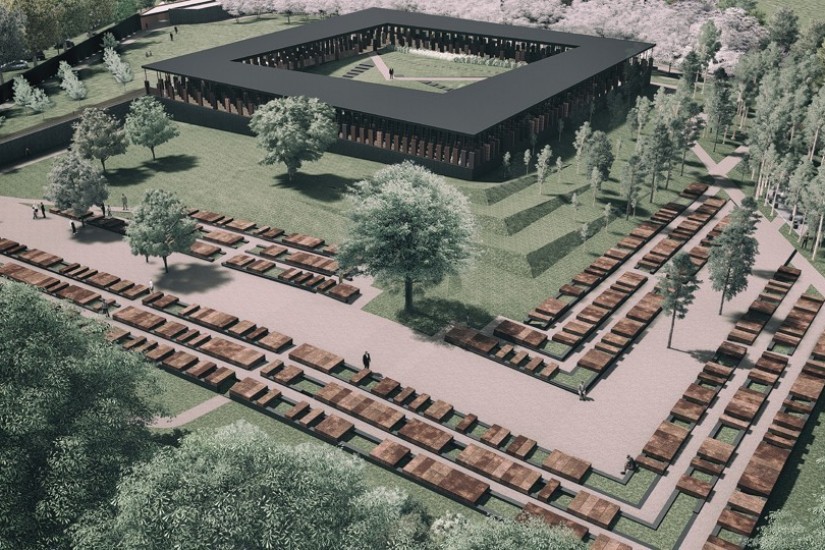 On the corner of Washington and Decatur streets in Montgomery, Alabama, a visitor can feel history pressing in from every side. Just down the street is the church where Martin Luther King Jr. and others planned the Montgomery bus boycott. Two blocks away sits the First White House of the Confederacy, where Jefferson Davis once lived. But although the city is crowded with historical markers—including, by one count, 59 Confederate memorials, and a similar number devoted to the civil-rights movement—you won’t find many markers of the racial violence following Reconstruction.

Soon, however, on a six-acre site overlooking Montgomery’s Cottage Hill neighborhood, just a stone’s throw from the Rosa Parks Museum, the Memorial to Peace and Justice will serve as a national monument to the victims of lynchings. It will be the first such memorial in the U.S., and, its founders hope, it will show how lynchings of black people were essential to maintaining white power in the Jim Crow South.

The memorial is the brainchild of Bryan Stevenson, a lawyer who directs the Equal Justice Initiative, a Montgomery-based legal-advocacy organization. Two years ago, EJI completed an ambitious tally of the black Americans hanged, burned alive, shot, drowned, beaten, or otherwise murdered by white mobs from 1877 to 1950. EJI’s original report identified 4,075 victims, a sizable increase from previous estimates. Since then, the list of killings has continued to grow; it now stands at 4,384.

Stevenson felt that it was crucial to find a way to incorporate this history into what he describes as a landscape “littered with the iconography of the Confederacy.” Conceived by mass Design Group, a Boston architecture firm, the memorial’s design comprises 816 suspended columns, each representing a U.S. county in which EJI has documented lynchings, with the names of that county’s known victims inscribed [2]. The columns will be made of Corten steel, a material that oxidizes when exposed to weather; over time, rust may bleed onto nearby surfaces. (The metal was used to great effect in the Barclays Center in Brooklyn.) Viewers walking through the pavilion will gradually descend. As they do, the rust-colored columns will hang above them, a frank suggestion of dangling corpses.

Bordering the memorial will be replicas of the columns; EJI is challenging counties to come and claim theirs—a takeaway memorial to erect at home. The hope is that one day, the perimeter of the monument will be empty, the replicas dispersed across 20 states ranging from the Deep South to Utah, Minnesota, and California.