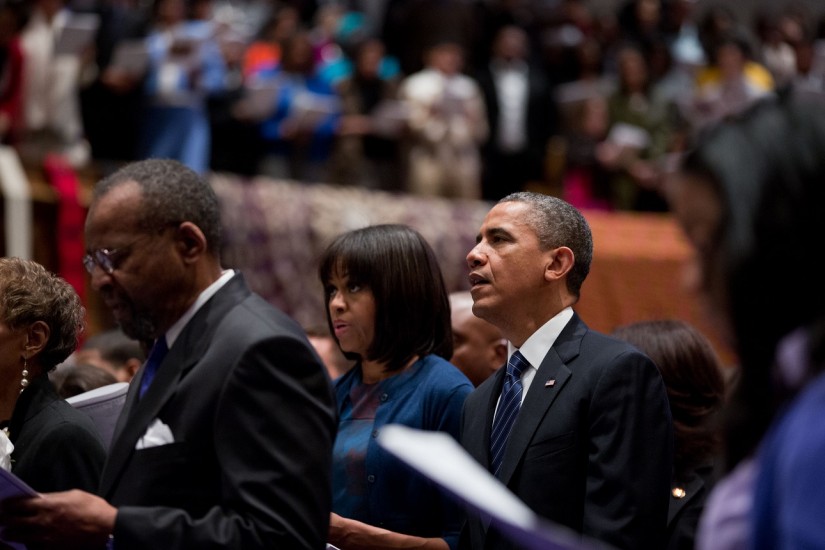 Barack Obama has always evinced a fascination with history. He announced his candidacy in Springfield, Illinois, recalling Abraham Lincoln. He modeled his own cabinet after Lincoln’s “team of rivals.” He has compared his own accomplishments to his predecessors, and he invited historians to the White House for private conversations about where he might fit within the pantheon of American leaders.

If Obama’s interests run toward history, so does his rhetoric. “It's the answer that led those who have been told for so long by so many to be cynical, and fearful, and doubtful of what we can achieve to put their hands on the arc of history and bend it once more toward the hope of a better day,” he said the evening of his first election. Since then, the president has repeatedly deployed a series of phrases—especially “the right side of history” and “the wrong side of history”—that suggest a tortured, idealistic, and ultimately untenable vision of what history is and how it works.

Most recently, during his December 6 Oval Office address on terrorism, Obama said: “My fellow Americans, I am confident we will succeed in this mission because we are on the right side of history.” It’s a phrase Obama loves: He’s used it 15 times, in debates; at synagogues; in weekly radio addresses; at fundraisers. Obama is almost as fond of its converse, “the wrong side of history,” which he has used 13 times; staffers and press secretaries have invoked it a further 16. (These figures are all based on the archives of the American Presidency Project at the University of California Santa Barbara.)