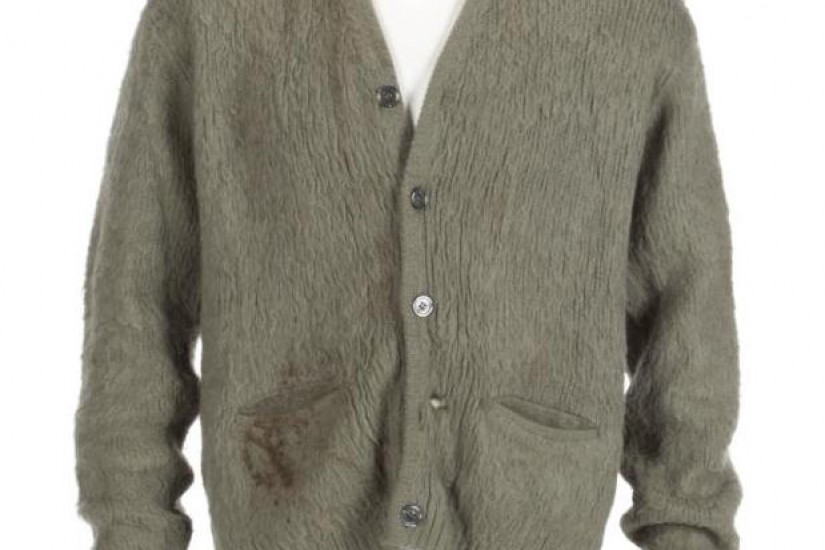 A bombastic British aristocrat and the Crimean War are to thank for the cardigan’s basic form and name. Wars have often contributed details of dress, perhaps especially those of the mid-to-late 19th century, when technological innovations joined with the needs of various battles to increase clothing production, distribution, and advertising. A colorful example of war’s influence on style comes from the 1859 Battle of Magenta, a particularly bloody battle of the Second Italian War of Independence. In a fanciful confluence of science and revolution, the creators of a lurid pink synthetic dye decided to name the new hue after that gruesome melee the very next year.

The same decade as magenta’s debut, the Crimean War (1853-1856) introduced several long-lasting style components, including the cardigan, as fashion historian Jonathan Walford notes. At the battle of Balaclava a year into the war, amid the high fatalities of his soldiers, the bombastic and vain seventh Earl of Cardigan, James Thomas Brudenell (1797-1868), led the light brigade wearing a waist-length, close-fitting, collarless knitted jacket of Berlin wool or English worsted. Walford points out that knitting was on the rise in the 1850s, and the battle sites were unexpectedly cold. “Like the balaclava — a ski mask, basically, named for the battle — the cardigan was something civilians could knit at home to send off to soldiers.” And so the cardigan first appeared on a different kind of red carpet.

Lord Cardigan’s own career was a bit less illustrious than that of his namesake garment. To many, his military and leadership skills exemplified nothing more than the flaws in the “purchase of commission” system, by which aristocrats bought military rank. One staff officer under the command of another aristocrat who lent his name to a still-extant fashion attribute (Lord Raglan, the one-armed commander whose tailor introduced the particular jacket cut we best know today on Raglan-sleeved sweatshirts) alleged in his memoirs that Lord Cardigan survived the Battle of Balaclava only by abandoning the men fighting under him, about a sixth of whom died.

Lord Cardigan left his Russian post a little more than a year into the Crimean War, citing ill health. Back in England, he complemented already exaggerated claims of his valor with tall tales of his own. Merchants eager to capitalize on the war sold his pompous account of the charge along with pictures of his likeness. As part of his celebrity, his favored knitted waistcoat gained both fashionability and the appellation “cardigan.”