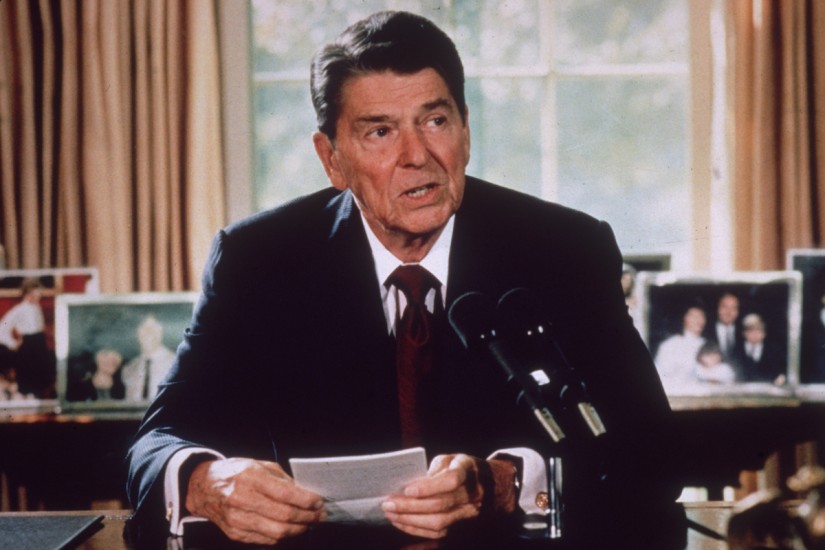 The Justice Department has begun investigating affirmative action policies at Harvard and the University of North Carolina to determine if they discriminate against white applicants. This investigation conveniently overlooks the most significant affirmative action policy at universities, one that overwhelmingly benefits white applicants: legacy admissions.

The DOJ’s assault on affirmative action programs at American colleges, combined with its indifference toward legacy admission policies, reveals a department driven by the belief that white people are the primary victims of racial discrimination. That position is of a piece with Republicans’ long-standing opposition not just to affirmative action programs that benefit people of color, but to civil rights legislation as a whole. And it demonstrates the persistence and power of the idea of “reverse discrimination.”

More than any other modern U.S. president, it was Ronald Reagan who cultivated the concept of so-called reverse discrimination, which emerged in the 1970s as a backlash against affirmative action in public schooling as court-ordered busing grew throughout the country. During these years, a growing number of white Americans came to believe civil rights programs and policies had outstretched their original intent and had turned whites into the victims of racial discrimination.

Affirmative action policies, particularly in education, became the primary target of this complaint, and by the end of the Seventies, the Supreme Court began to hear regular challenges to these programs. In 1978, affirmative action opponents won their first victory in Regents of the University of California v. Bakke, which outlawed a race-conscious admissions policy for the medical school at the University of California at Davis.