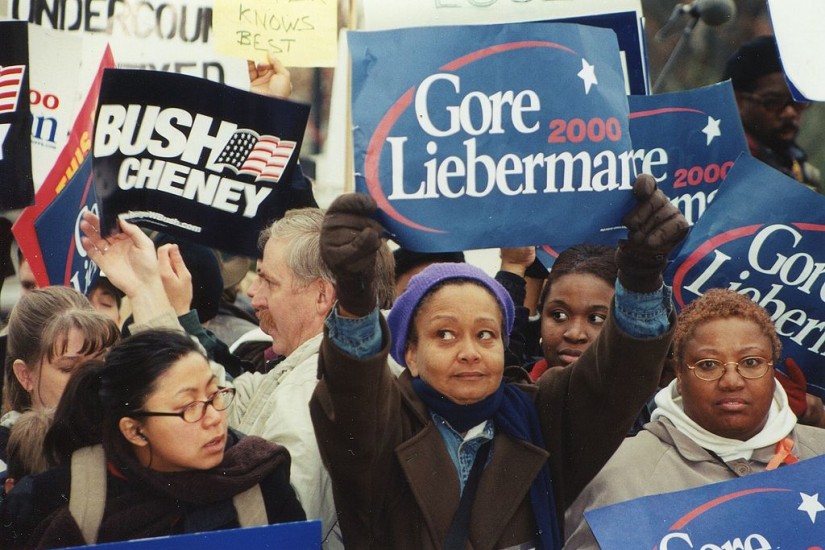 On November 7, 2000, Willie Steen, a Navy vet who had served in the Persian Gulf during Desert Storm, went to cast his ballot for president at the St. Francis Episcopal Church in Tampa, Florida.

He brought his 10-year-old son, Willie Jr., to the polls for the first time. They waited a half hour to reach a poll worker. When Steen gave the poll worker his name, she searched a list of registered voters in the precinct and told him, “You can’t vote. You’re a convicted felon.”

“You must be mistaken,” a shocked Steen replied. “I’ve never been arrested in my life.” He worked at a hospital, a Tampa orthopedics center, that wouldn’t employ anyone with a felony conviction.

The poll worker gave him a number to call at the board of elections, but no one picked up. The 75 people behind him in line grew antsy. Few would look him in the eye.

He left in embarrassment, struggling to explain to his son what had just happened. After fighting for his country abroad, he wasn’t able to exercise his most fundamental right at home. “I felt I was shafted,” Steen said. “I think there were a lot of things that weren’t done properly. My name was dragged through the mud.”

He later found out from journalist Greg Palast that he’d been confused with a convict named Willie O’Steen, who had committed a felony between 1991 and 1993, when Steen was in the Persian Gulf. Little did Steen know that the same thing was happening to voters across the state of Florida—and disproportionately to voters like him, who were African-American.