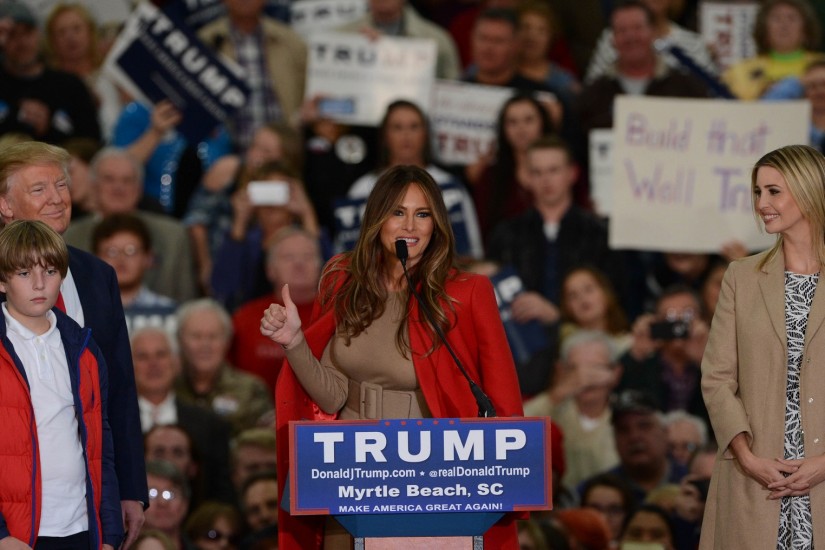 The tall, regal first lady was a magnet for marketers — and she happily signed on. During her years in the White House, she became a paid pitchwoman for hot dog buns, mattresses and air travel.

Many Americans were aghast at the sight of the president’s wife lending her name and face to hawk products in commercial advertising; Congress launched an investigation. But the controversy died down when Eleanor Roosevelt disclosed that she had donated most of her earnings to charity.

A similar round of pearl-clutching erupted in Washington this week when Melania Trump’s lawyers argued in a libel lawsuit that a British tabloid’s sleazy accusations about her past had damaged her chances to capi­tal­ize on “multimillion dollar business relationships” at a time when she was “one of the most photographed women in the world.”

The East Wing as a marketing opportunity? Trump’s representatives later issued indignant denials, saying she “has no intention” of trying to profit from her role. (The defamatory story was published in August, at a time when few expected the Trumps to take the White House, and the former model had once had a sideline selling “Melania” jewelry.)

But her lawsuit revealed an unspoken truth: Modern first ladies know that inherent to the role is the power to sell.