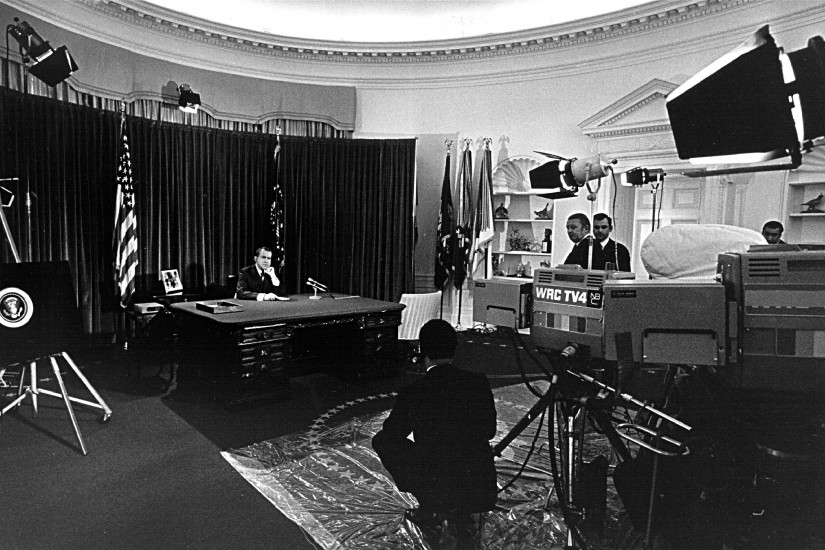 Last week, President Trump once again took to Twitter to complain about news coverage of his administration. This time, his sight was set on NBC — in particular, a story that NBC ran on U.S. nuclear capabilities and reports that Secretary of State Rex Tillerson had called him a “moron.” Deriding the network as “fake news,” Trump issued a thinly veiled threat, wondering, “At what point is it appropriate to challenge their License?” The next day, Trump was more assertive, tweeting that “licenses must be challenged and, if appropriate, revoked.”

Despite First Amendment protections, Trump persists in his attacks on both free speech and the free press, seemingly more interested in influencing public opinion than governing. But there’s good news: Although Trump is not the first president to wage war on the media, he will have far more difficulty changing the media environment than his predecessors did. In fact, while his political success has hinged on a media environment formed by Richard Nixon’s war on the media, Nixon’s success now limits the effectiveness of Trump’s own attacks.

Trump’s threat to revoke the broadcasting license of NBC-owned stations (the network itself does not need a license) echoes the Nixon administration’s attacks on the media. In his attempts to win support for the war effort in Vietnam and build a conservative majority, Nixon recognized the power of the media — and its general liberal tilt. With threats and attacks, Nixon sought to intimidate the press, make conservative voices heard and ease criticism of his administration.

He faced a distinctly uphill battle. Nixon had a famously hostile relationship with the media, dating to his days in Congress. Convinced that the media had contributed to his narrow loss to John F. Kennedy in the 1960 presidential election, and having lost the 1962 gubernatorial election in California, Nixon opened a notorious news conference with self-pity. “Now that all the members of the press are so delighted that I have lost, I’d like to make a statement of my own,” he said before launching into a rambling assault on the media.