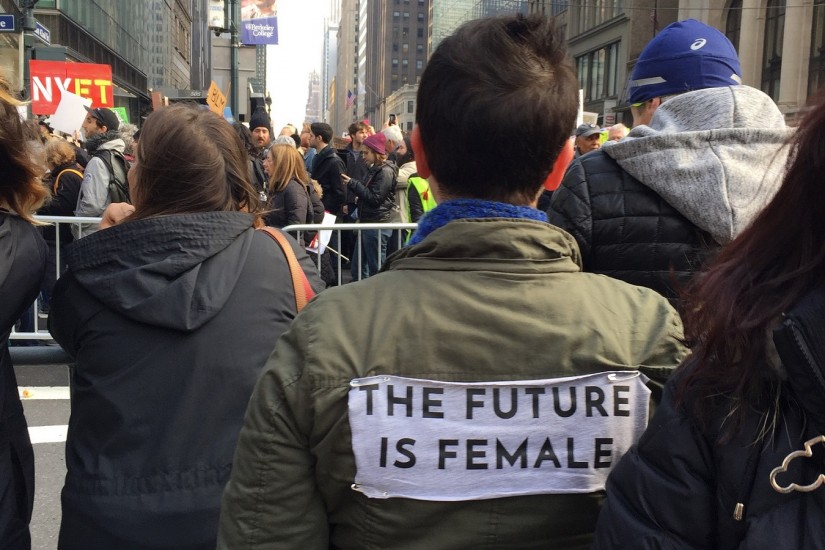 The conference crowd was pleasantly surprised when the face of the woman who almost became president appeared on the screen, grinning.
Through a video, Hillary Clinton welcomed the cheering throng to AOL’s 2017 MAKERS conference in California, where women and men gathered this week to learn about leadership, policy and female empowerment. Clinton, who in her lengthy career has been first lady, a U.S. senator, secretary of state and the first woman to secure the presidential nomination for a major party, told the room full of “heroes,” “history makers” and “glass ceiling breakers” to “step up and speak out,” “dare greatly and lead boldly.”

It was Clinton’s first formal appearance since President Trump’s inauguration, which she attended, and the women’s marches across the globe that tugged millions into the streets, many in her name.

“Despite all the challenges we face,” Clinton said, “I remain convinced that yes, the future is female.”

“The future is female” is a phrase that was invoked often by Clinton’s supporters during her campaign for president and in recent years has become a rallying cry among women and feminists who advocate for more female everything. T-shirts and onesies and lapel pins have featured the phrase. Of course, it’s a hashtag.

And although it became mainstream around the same time Clinton announced her candidacy, “the future is female” wasn’t created by Clinton, and it wasn’t even created this millennium.

Its mothers were, in fact, lesbian separatists.