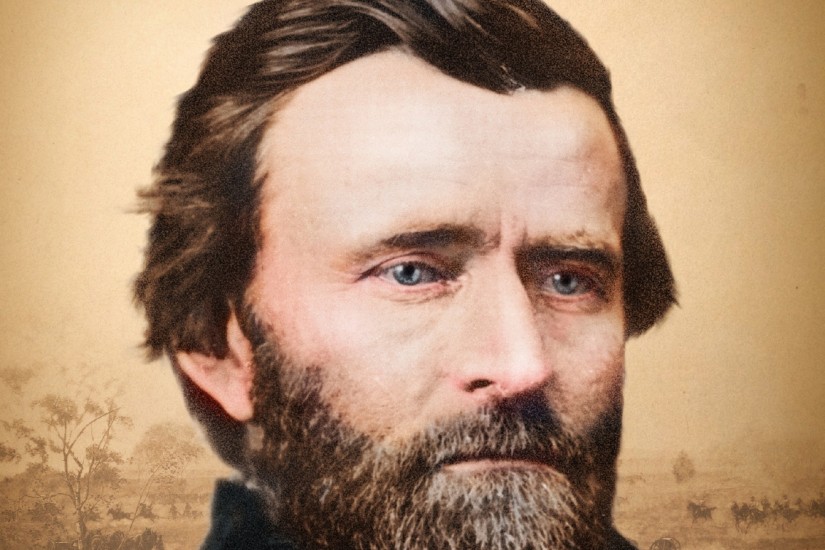 The cover of "Grant," the new biography of Ulysses S. Grant by Ron Chernow.
Penguin Press

It is one of the more improbably dramatic moments in American letters. Henry Adams, as he reports in his memoirs, was breathlessly waiting in the Capitol Building in 1869 for word of the Cabinet appointments that would be made by the newly elected President Grant. Foreseeing a renaissance of civic virtue after the sufferings of the Civil War, Adams—whose great-grandfather was the second President, and whose father had been Lincoln’s Ambassador to Great Britain—expected his reformist vision and his intellectual cohort to be brought forward to rule, as the Alexander Hamilton–Thomas Jefferson generation had been after the triumph of the Revolution.

Instead, he heard, one after another, the names of mere time-servers and hack politicians and unknown cronies of the General. Crushed (at least in memory), he felt that a line had been crossed, permanently separating the high-minded, essentially intellectual inheritance of the Revolution from the American future. “Grant’s nominations had the singular effect of making the hearer ashamed, not so much of Grant, as of himself,” he writes in his great third-person autobiography, “The Education of Henry Adams.” His hopes that Grant would be George Washington had been delusional folly, Adams decided: “The progress of evolution from President Washington to President Grant alone was evidence enough to upset Darwin.”