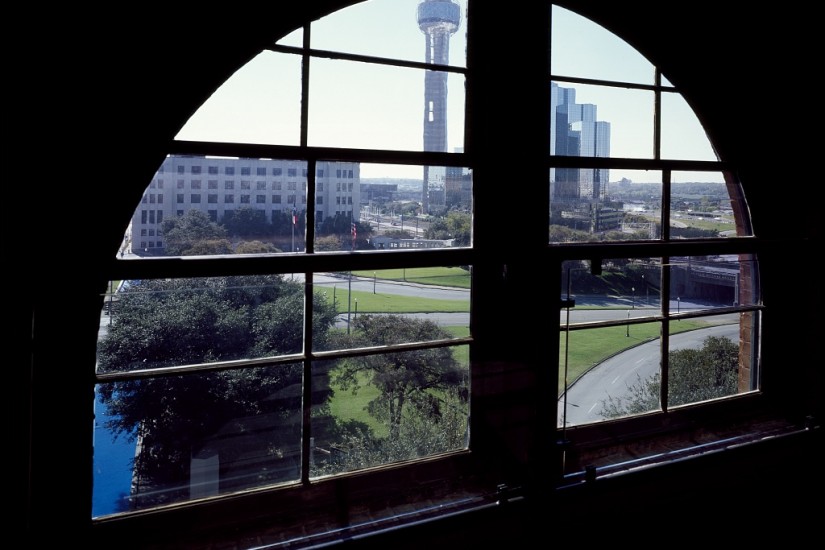 Sixth-floor window of the Texas School Book Depository in Dallas, Texas, from which, according to the Warren Commission, Lee Harvey Oswald killed President John F. Kennedy in 1963.
Library of Congress

President Trump announced Saturday morning that he planned to release the tens of thousands of never-before-seen documents left in the files related to President John F. Kennedy’s assassination held by the National Archives and Records Administration.

“Subject to the receipt of further information, I will be allowing, as President, the long blocked and classified JFK FILES to be opened,” Trump tweeted early Saturday.

Experts have been speculating for weeks about whether Trump would disclose the documents. The 1992 Kennedy Assassination Records Collection Act required that the millions of pages, many of them contained in CIA and FBI documents, be published in 25 years — by Thursday. Over the years, the National Archives has released most of the documents, either in full or partially redacted.

But one final batch remains, and only the president has the authority to extend the papers’ secrecy past the deadline.

In his tweet, Trump seemed to strongly imply he was going to release all the remaining documents, but the White House later said that if other government agencies made a strong case not to release the documents, he wouldn’t.

“The president believes that these documents should be made available in the interests of full transparency unless agencies provide a compelling and clear national security or law enforcement justification otherwise,” the White House said in a statement Saturday.

In the days leading up to Trump’s announcement, a National Security Council official told The Washington Post that government agencies were urging the president not to release some of the documents. But Trump’s longtime confidant Roger Stone told conspiracy theorist Alex Jones of Infowars this week that he personally lobbied Trump to release all of the documents.